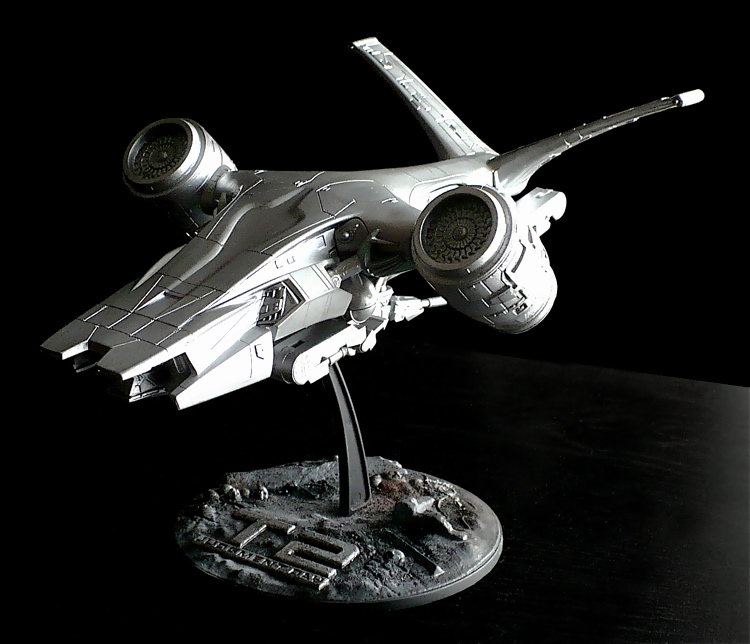 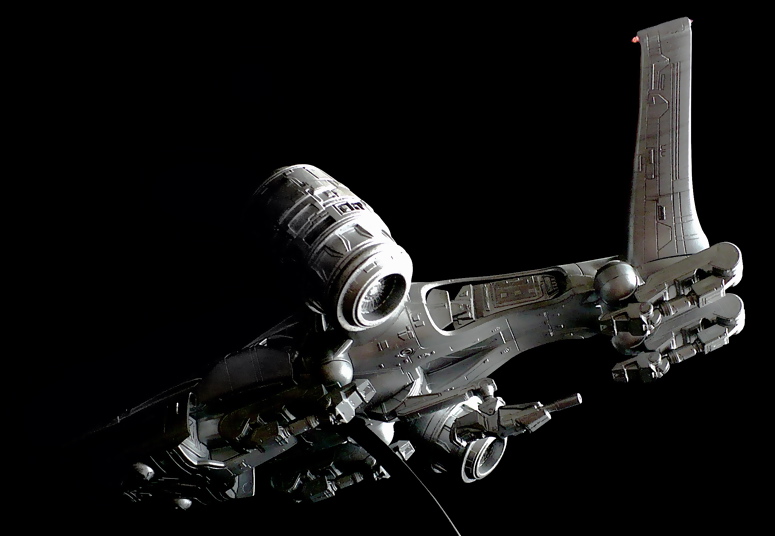 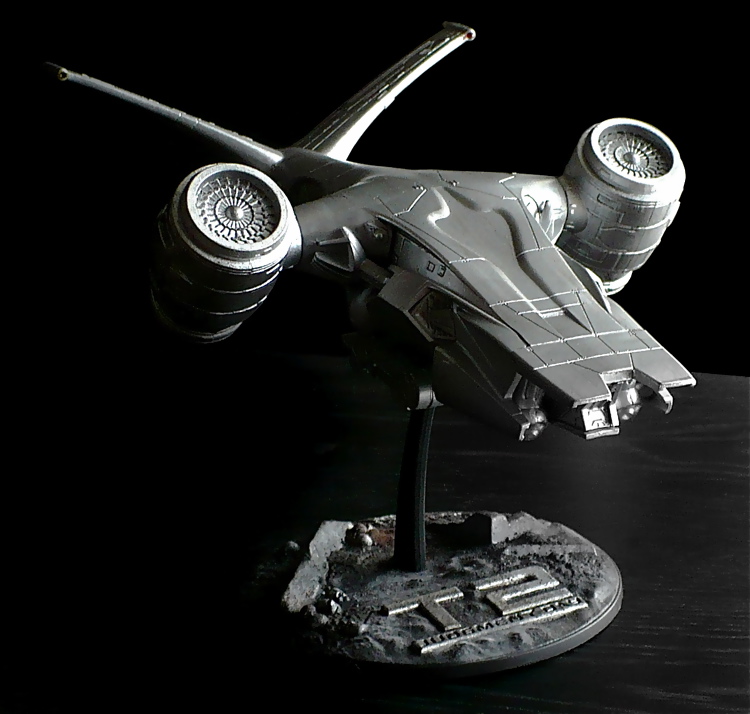 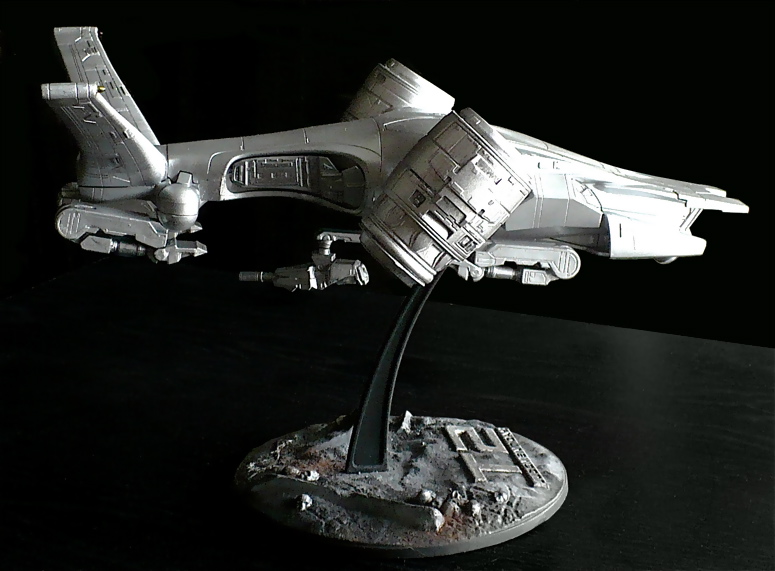 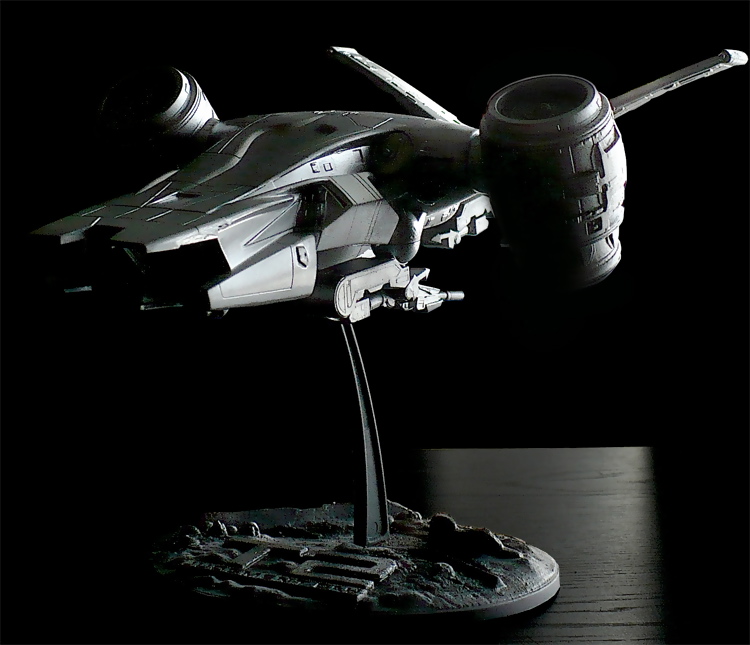 Here are some images of Pegasus Models 1/32 scale(?) Aerial Hunter-Killer from the movie T2 Judgement Day.

From Wikipedia"
First seen in The Terminator these unmanned vehicles (Aerial Hunter-Killer and Tank Hunter-Killer) are a family of combat robotics used by Skynet to wipe out survivors of a nuclear holocaust. In the Terminator franchise, they have branched into multiple designs of varying sizes and purposes. What all Aerial HK share is that their jet engines are mounted on rotating pylons on the end of the center-mounted wing, allowing vertical takeoff and landing, hovering, and rotation in place while having the speed of a jet aircraft. The basic (as depicted in The Terminator and Terminator 2: Judgment Day) HK has a pair of engines (with a smaller third engine mounted on the tail in Terminator 3), a large plasma cannon mounted under the nose (variants in Terminator Salvation had twin cannons), and is used for air-to-ground combat (although a capable fighter too). Other variations include smaller models that can navigate inside buildings, large four-engine transport or heavy bomber models, early models armed with conventional guns, and the revised models seen in Terminator 3 and Terminator: Salvation. A nearly identical craft appears in the unrelated TV series Starhunter (2000–2001) as a type of human-piloted gunship
Posted by -Warren Zoell at 2:46 PM