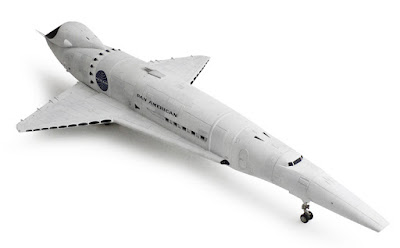 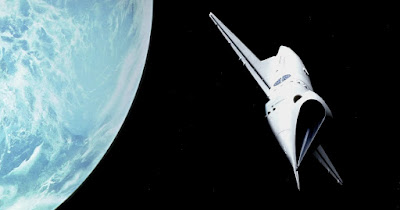 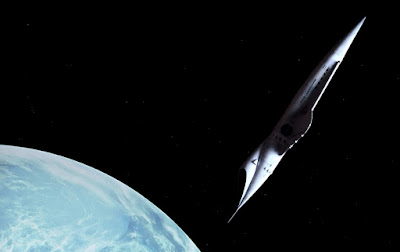 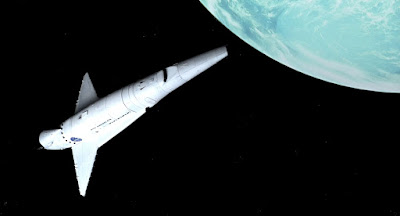 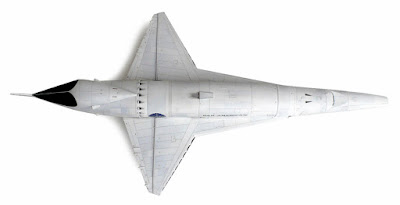 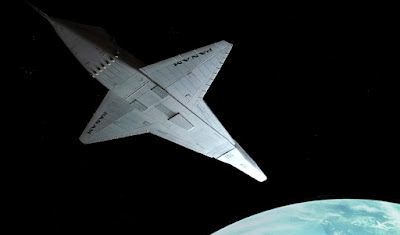 Here are some images of Atomic City's studio scale Orion III Space clipper from the movie 2001 a space odyssey.
This is definitely the most accurate Orion III one will find. The kit was made from the original blueprints and painstaking photographic study. When this monster is a whopping 42 inches long. A big mighty tip of the hat to you Scott! If you wish to get your own Orion III kit you may do so here.
The Earth I used in the composites are from the movie.
The landing gear I got from Revell's 1/48 scale B 1 bomber kit and I made them in such a way that I just stick them to the bottom of the model without any harm done to the Orion.

From Wikipedia"
The Orion III is a fictional passenger spaceplane seen in the movie 2001: A Space Odyssey. It is a two-stage space shuttle launched on a reusable winged booster. It is equipped with aerospike rocket engines and jet engines for atmospheric flight. Pan American World Airways operates the Orion III, just as it operates the Aries Ib. In early stages of planning for the film, the spaceplane's engines on the back were designed to break away from the passenger section of the plane.
Posted by -Warren Zoell at 4:41 PM

Looks great..i remember seeing the movie and that there were some cool craft in it.

Thanks Shayne. 2001 a space odyssey is one of the greatest films of all time.

Yes, kits are sometimes ruinous, when you love, you don't count ! :)

I paid for this kit 3 1/2 years ago, It took that long for me to get it. Worth the wait though.