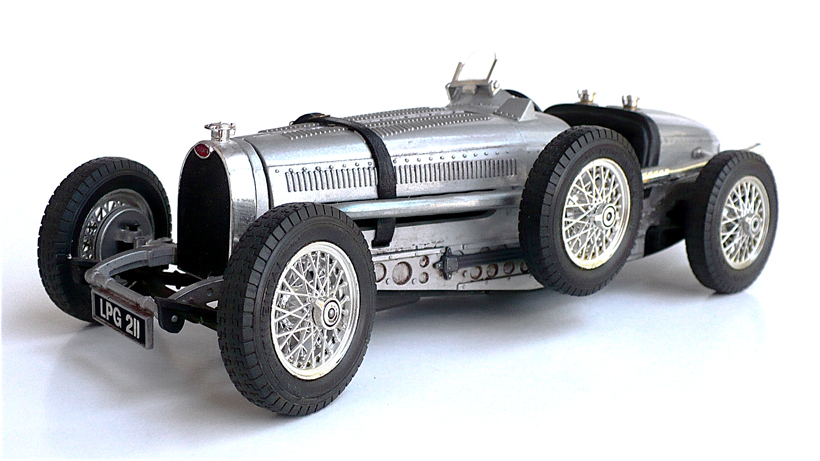 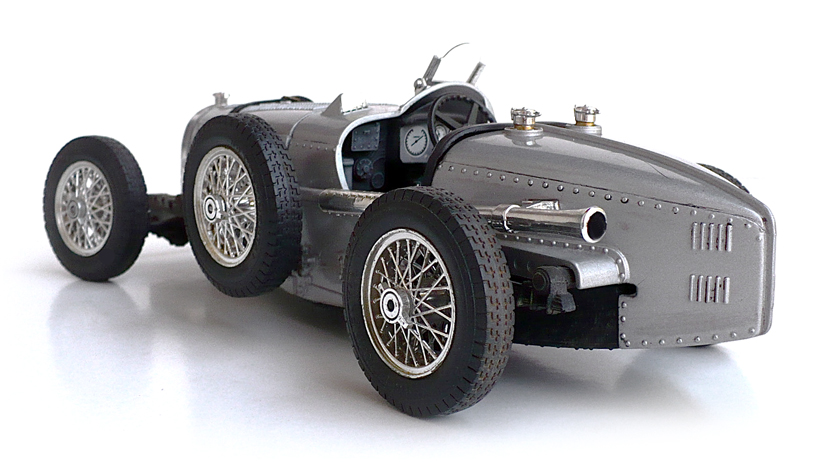 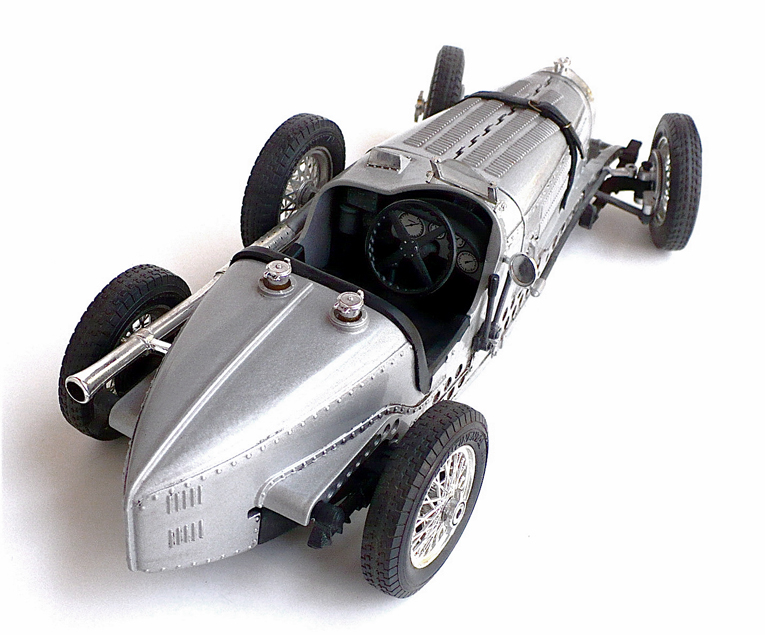 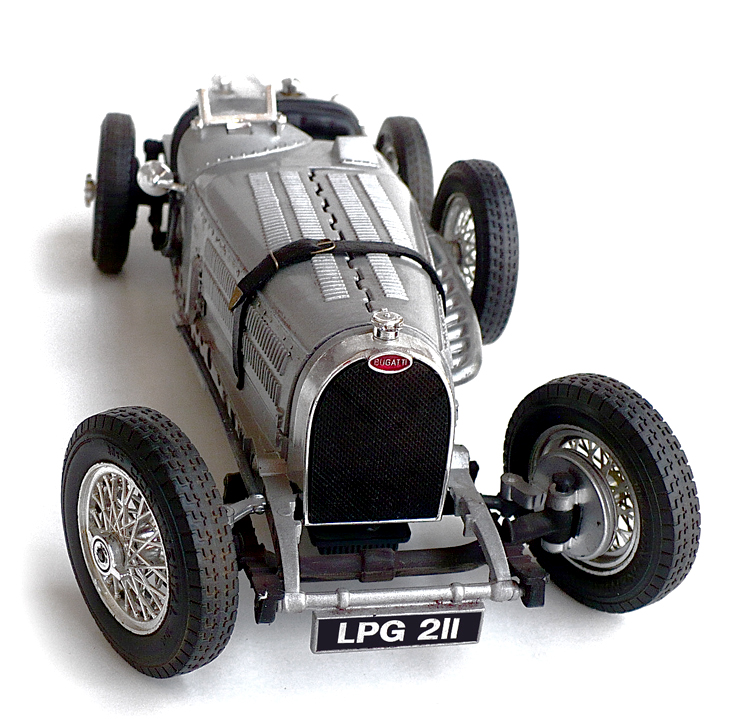 From Wikipedia"
The final Bugatti race car of the 1930s was the Type 59 of 1934. It used an enlarged 3.3 L (3257 cc/198 in³) version of the straight 8 type 57s engine sitting in a modified Type 54 chassis. The engine was lowered for a better center of gravity and the frame was lightened with a number of holes drilled in the chassis. The signature piano wire wheels used splines between the brake drum and rim, and relied on the radial spokes to handle cornering loads. 250 hp (186 kW) was on tap, and 6 or 7 were made. Buraggo kits are some of the easiest kits to build. The body comes pre painted and is mostly assembled with screws. With the exception of the leather hood belt (the one with the kit was too thick and was made of plastic) and some weathering, this kit is pretty much straight out of the box.
Posted by -Warren Zoell at 4:36 PM

That is a stunning looking model....great looking details.