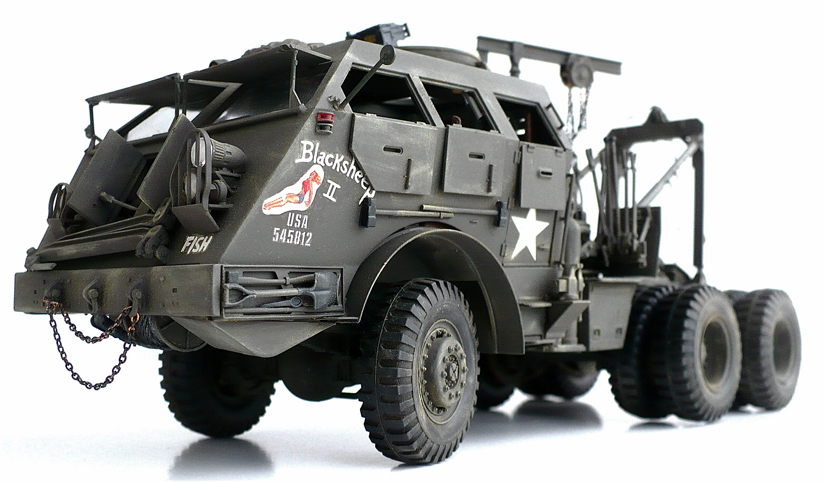 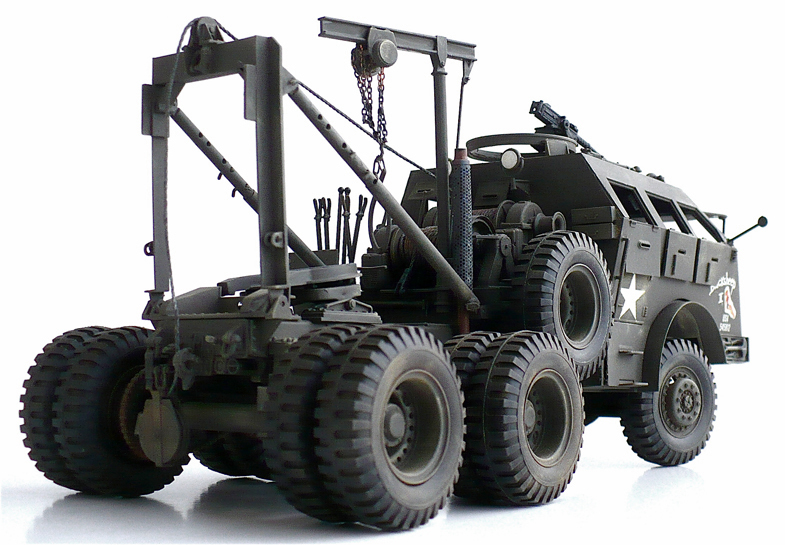 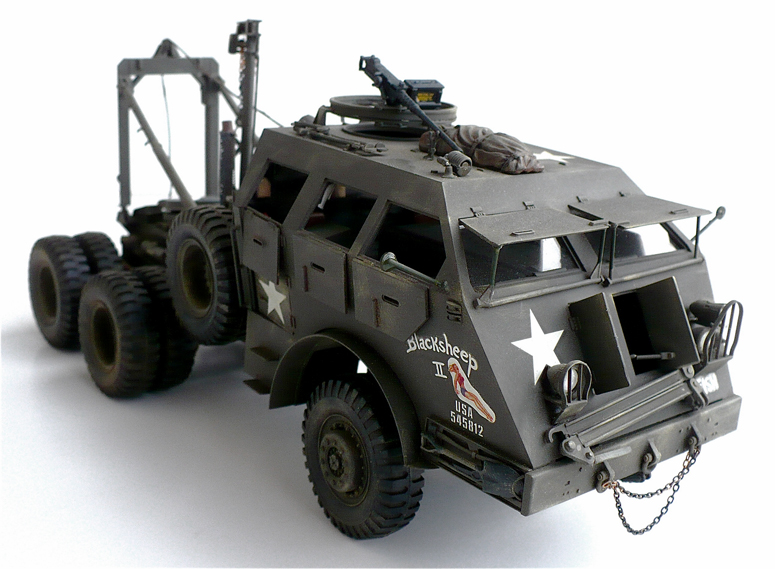 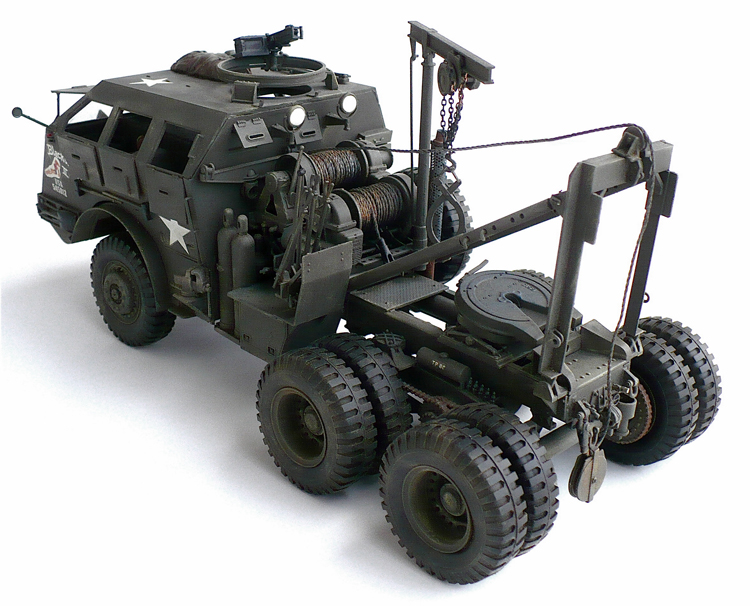 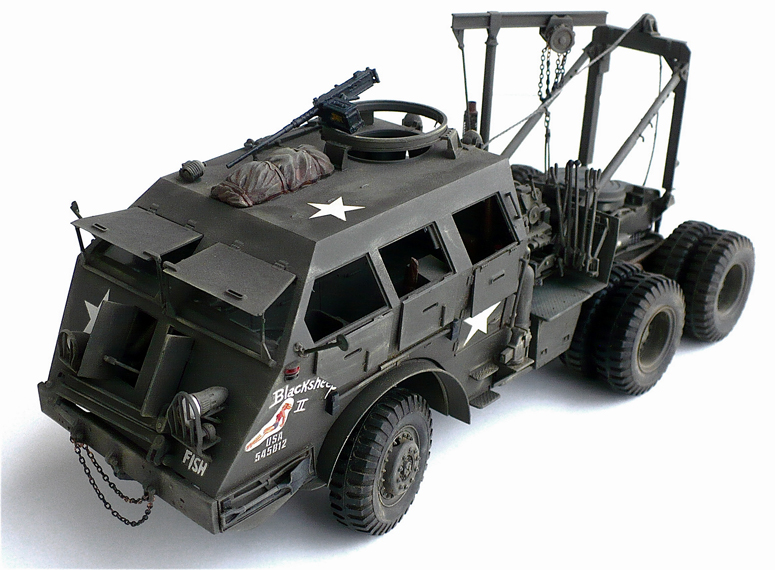 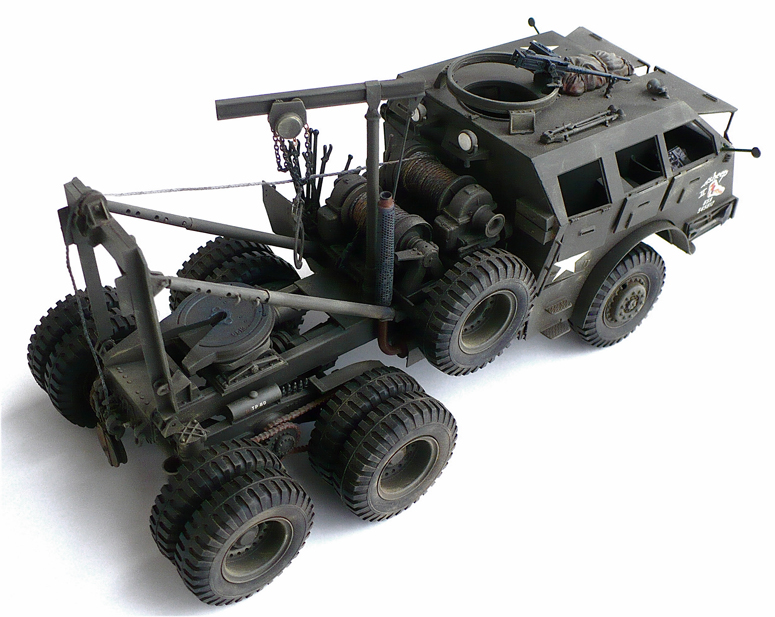 From Wikipedia"
The M25 Tank Transporter was a heavy tank transporter and tank recovery vehicle used in World War II and beyond by the US Army.
Nicknamed the Dragon Wagon, the M25 was composed of a 6x6 armored tractor (M26) and 40-ton trailer (M15).

In 1942 a new 40 ton semi-trailer tank transporter was required. This was to offer better off-road performance than the M9 24-small-wheel trailer, and greater capacity than the 30 ton 8-large-wheel Shelvoke and Drewry semi-trailers, then in use with the Diamond T tractor unit. This new trailer was designed by the Fruehauf Trailer Company (based in Detroit, MI). A new tractor unit was required, as this heavier trailer was more than the Diamond T could cope with.
The M26 tractor was designed by the San Francisco-based Knuckey Truck Company. When Knuckey's production capacity proved insufficient the Army awarded production to the Pacific Car & Foundry Co. of Seattle, Washington.
Designated TR-1 by Pacific Car, the 12-ton 6x6 M26 tractor was powered by a Hall-Scott 440 1,090 cu in (17.9 L) 6-cylinder gasoline engine developing 240 hp (180 kW) at 2000 rpm and 810 lbf·ft (1,098 N·m) at 1200 rpm. This engine was developed exclusively for the M26, although it was also used to uprate the Diamond T. Some 2,100 Type 440s were built. Baxter notes "over 1,300" M26 and M26A1 being built.
Unusually, the tractor unit was fitted with both an armored cab and two winches with a combined pull of 60 tons. The intention was that as well as hauling the tank transporter semi-trailer, the tractor unit could itself be used for battlefield light recovery work.
A later unarmored version of the M26 tractor was designated the M26A1. An experimental ballast tractor conversion was experimented with by the British FVPE

The M 26 first saw action in Italy in 1943 and was later used for the allies following the invasion of Normandy. After the war many M 26 tractors were left behind in Europe, some of which were used by the French military.