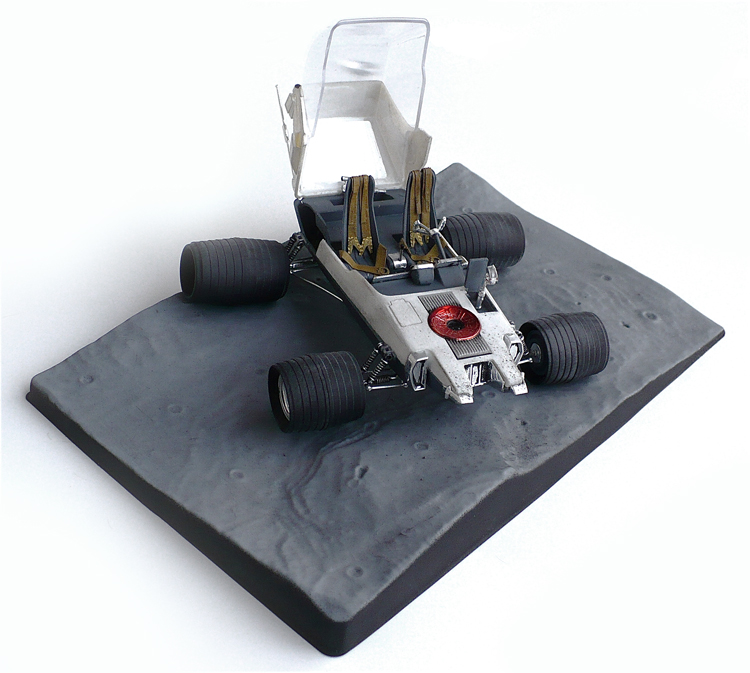 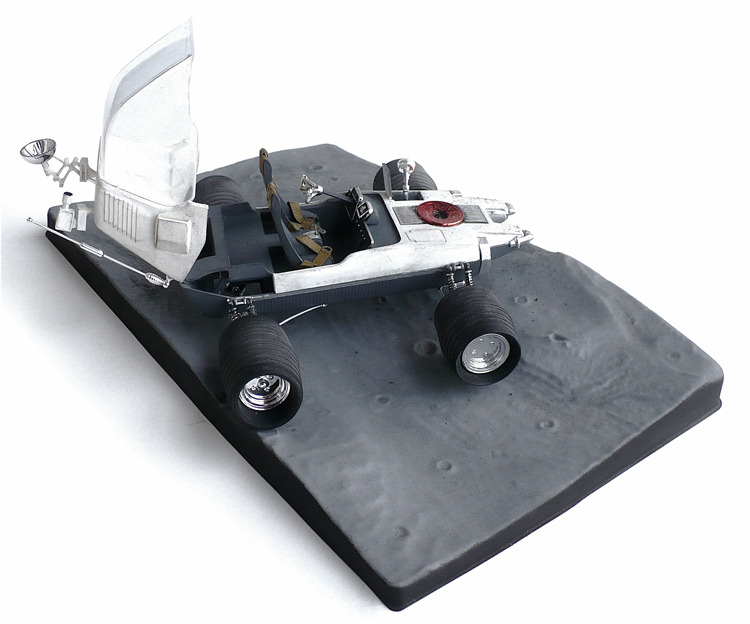 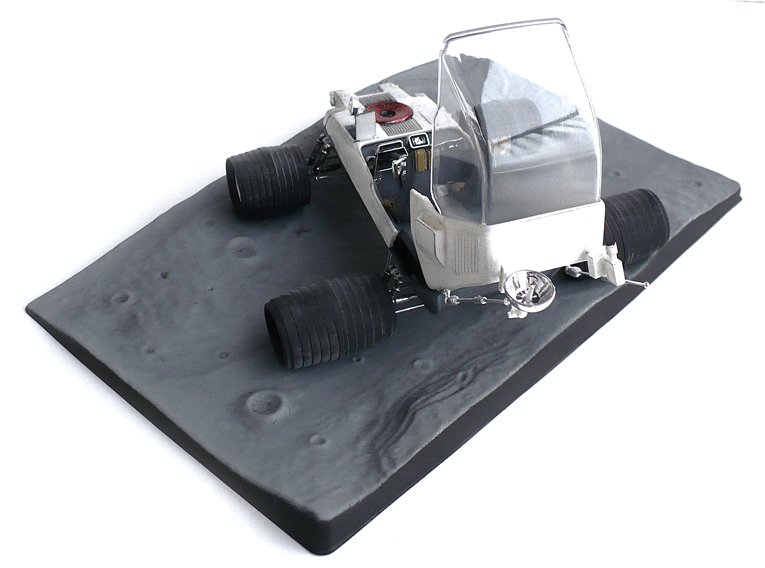 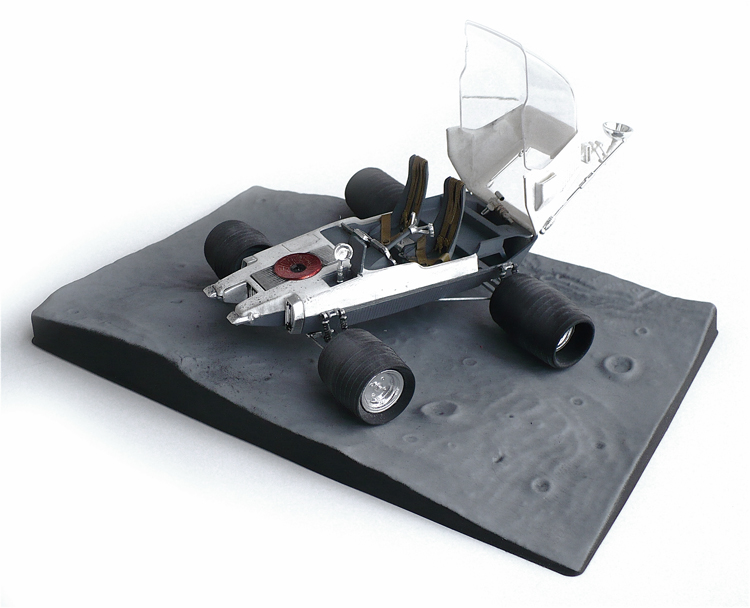 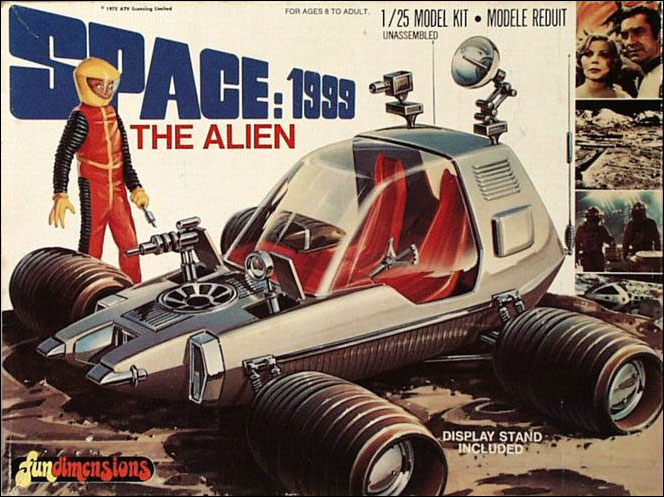 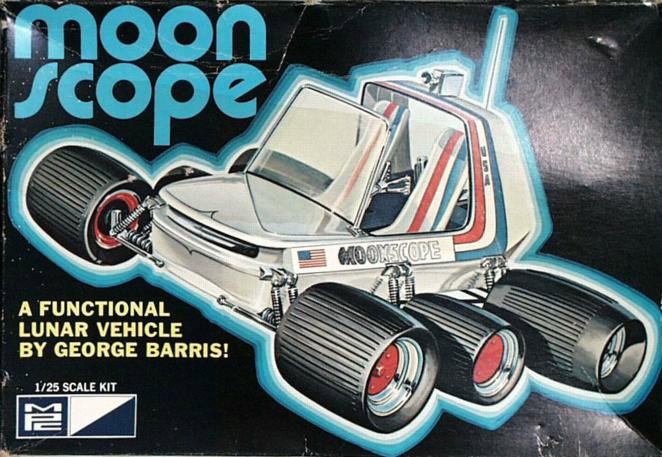 Here are some images of MPC/Round 2 1/25 scale Space 1999 "The Alien".
Let's see, where does one begin?
This vehicle has never appeared on "Space 1999" in any way, shape, or form.
This model is actually a George Barris design that was originally called the "Moon Scope".
However MPC  in their infinite wisdom decided to revamp the kit with the addition of a few extra tiddly bits, plus a space suited figure with base. MPC probably did this to bulk up their Space 1999 kits which was quite popular at the time, and they most likely felt that the real buggy used in the show was to boring to make a kit out of.
I decided to revamp the model with an open hood, as I couldn't see any other logical way to gain entry into the vehicle. I also created some seat belts for the vehicle as well.
I also built the wheels in such a way as to have small wheels on the front and larger wheels at the back.
As for the space suited figure I couldn't in all conscience bring myself to building it as I personally found it a gawd awful design. Unfit for modeling consumption. But hey, to each his own I guess.
I wish Round 2 would re release the Space 1999 Hawk model. That's the one everyone wants.

Email ThisBlogThis!Share to TwitterShare to FacebookShare to Pinterest
Labels: Space 1999