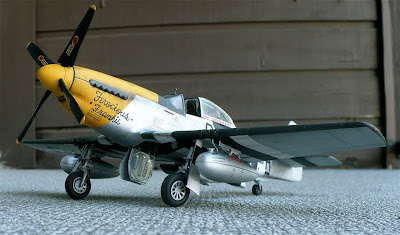 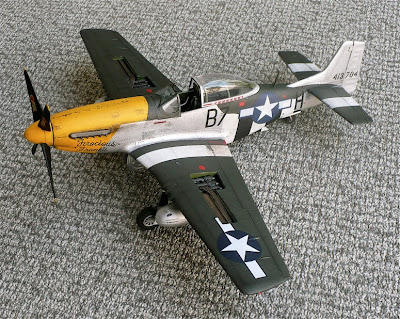 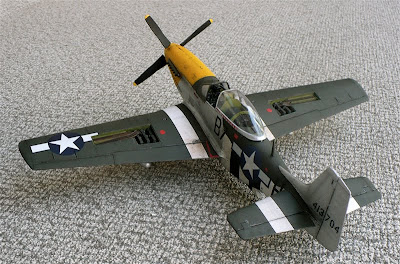 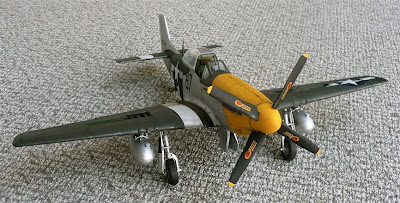 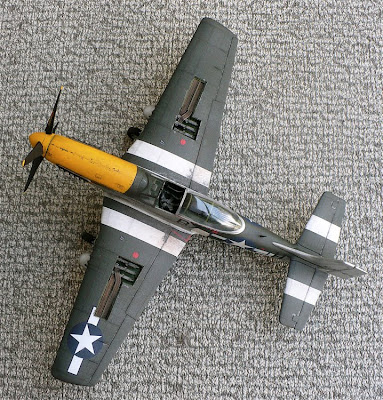 From Upaero"
“Ferocious Frankie”, named in honour of his wife Frankie, coded B7 H of the 374th Fighter Squadron, 361st Fighter Group. Wallace Hopkins was born in Washington, Georgia and flew a total of 76 combat missions with the 361st where he flew as Operations Officer. He was an ACE credited with 8 victories and 1.5 damaged. His decorations include the Air Medal and Distinguished Flying Cross both with Oak Leaf Clusters and the French Croix de Guerre, one of four awarded to members of the 361st.

A native of Washington, Georgia, “Hop” Hopkins enlisted in the US Army Air Corps in 1939 and a year later entered pilot school. After graduation on July 1941, he flew P-39s, P-40s, and P-47s with the 8th Pursuit Group at Mitchell Field, New York. Reassigned to the 361st Fighter Group in 1943, Major Hopkins was appointed Group Operations Officer and flew P-47D, P-51B, P-51D and P-51K aircraft on bomber escort and ground attack missions from Bottisham and little Walden in England, St Dizier, France and Chievrers, Belguim. Having been promoted to Lt. Col. In 1944, Hopkins was appointed Deputy Group Commander in April1945.

Pretty mean looking. I was wondering if the color scheme was his own, or of a whole squadron?

Thanks Pat - Some of the markings were mandatory like the D Day landing stripes. Others were similar to the squadron like the olive drab colour and some of it was unique to his aircraft like the yellow nose (though other aircraft had similar noses and of coarse the Ferocious Frankie moniker and kill markings.