Out Of The Silent Planet Composite 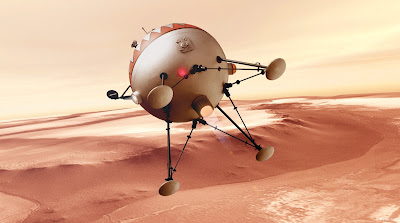 Here is my composite image of my 1/72 scale scratch build Weston Spacecraft from C.S. Lewis's novel "Out Of The Silent Planet" coming in for a landing on Malacandra (Mars)

The Space Trilogy, Cosmic Trilogy or Ransom Trilogy is a trilogy of science fiction novels by C. S. Lewis, famous for his later series The Chronicles of Narnia. A philologist named Elwin Ransom is the hero of the first two novels and an important character in the third.

The books in the trilogy are:

In 1946, the publishing house Avon (now an imprint of HarperCollins) published a version of That Hideous Strength specially abridged by C.S. Lewis entitled The Tortured Planet.

That is so darn professional looking. It belongs on the cover of a book.

Thanks Pat - I'm thinking about selling prints of some of my composites.

You should - you have a really serious knack for making good composites.

Thanks William - It took some time though. If you go back to 09 and look at some of early ones...