Out Of The Silent Planet 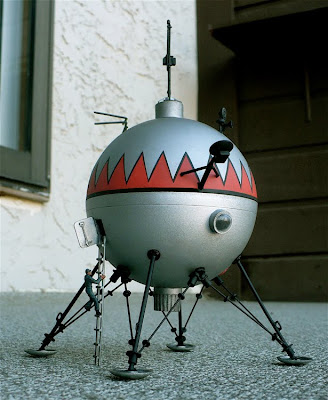 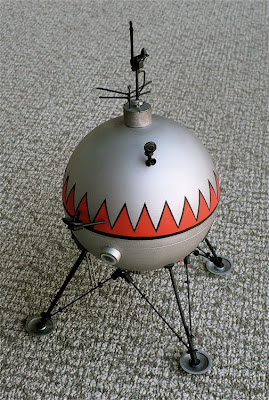 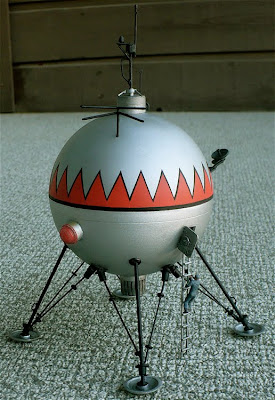 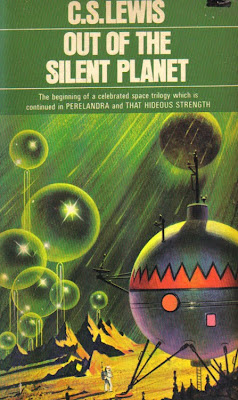 Here are some images of my scratch built 1/72 scale Weston Spacecraft from the C.S. Lewis novel "Out of the Silent Planet". Based off the 1965 edition book cover by Bernard Symancyk. with some slight alterations of my own.

Out of the Silent Planet is the first novel of a science fiction trilogy written by C. S. Lewis, sometimes referred to as the Space Trilogy, Ransom Trilogy or Cosmic Trilogy. The other volumes are Perelandra (also published as Voyage to Venus) and That Hideous Strength, and a fragment of a sequel was published posthumously as The Dark Tower. The trilogy was inspired and influenced by David Lindsay's A Voyage to Arcturus (1920).
According to biographer A. N. Wilson, Lewis wrote the novel after a conversation with J.R.R. Tolkien in which both men lamented the state of contemporary fiction. They agreed that Lewis would write a space-travel story, and Tolkien would write a time-travel one. Tolkien's story only exists as a fragment, published in The Lost Road and other writings (1987) edited by his son Christopher.
Here is a fantastic video of an opening title movie credit roll created by David Scherbarth for a non existent movie "Out of the Silent Planet".
Though no movie has been made (Yet). It does give one hope. Enjoy.

out of the silent planet from David Scherbarth on Vimeo.

Nice scratch. I knew about it but is the first kit I see...logically

Thanks Pablo - Actually I think this is the only physical model of Weston's spacecraft. I haven't seen anyone else build one.

Warren, this is fantastic. I have powerful emotions regarding the Space Trilogy, so this model is particularly significant. My father-in-law only decided to have children after reading the series, so thanks to Lewis I have my wife. Great job!

Thanks Hanny - Wow! You don't say!
"That Hideous Strength" is my favourite in the series.

Thanks Kriz. It was a fun build.

Thanks for the visit, I always pictured the space craft as a cross between the soyuz and a Jules Vernian creation.Its not every day you run across someone who likes C.S. Lewis' work apart from the Narnia books. Have you read the Great Divorce or Grief Observed?

I've read "A Grief Observed" but I haven't read "The Great Divorce" yet but I intend to. Have you read "The Problem of Pain" and his unfinished "The Dark Tower"?

"A Grief Observed" is a great read for anyone who is suffering loss.

Amazing! The cover art for Out of the Silent Planet has long been a favorite of mine, not to mention the book itself. Seeing a model of the spaceship is the stuff of dreams! Though your artwork is a different medium than where my talents lie (graphic design), you have inspired me.

Thanks Dave - I'd love to see some of your work some day.

You can see some of my work at http://spacemandesign.com
There's a mixture of stuff I've done for my employer and some freelance.

Once again, nice work on that model!

Would you sell this?