Posted by -Warren Zoell at 1:33 PM No comments: 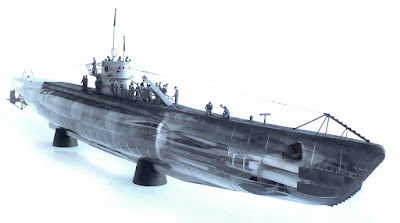 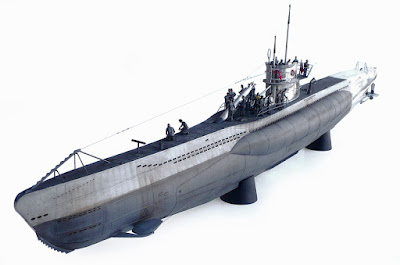 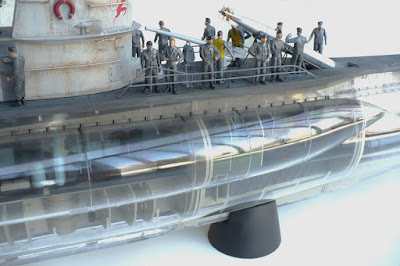 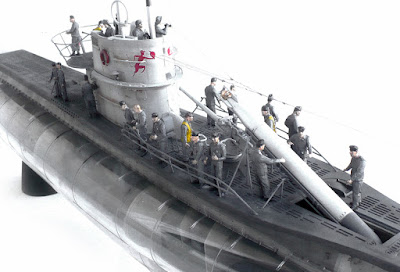 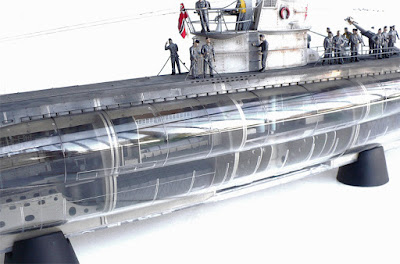 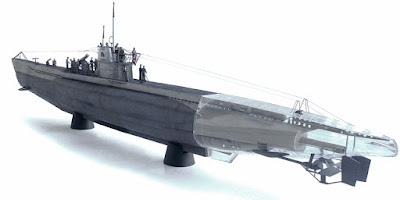 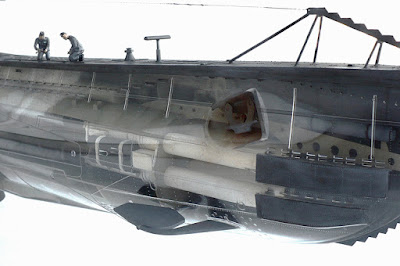 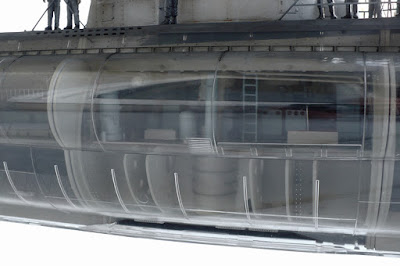 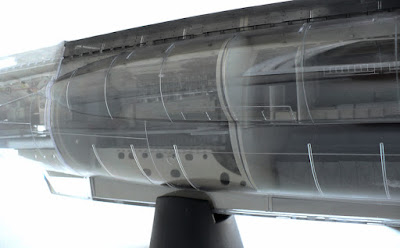 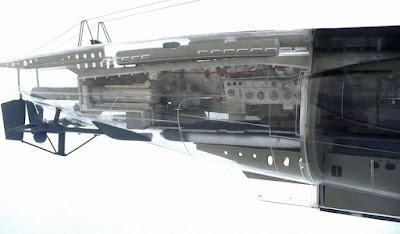 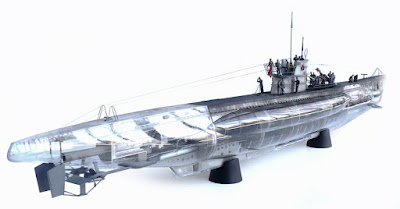 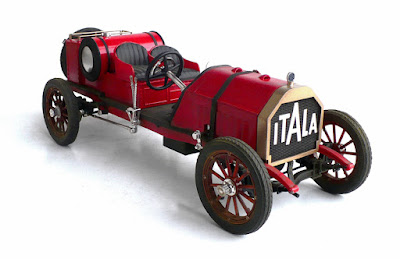 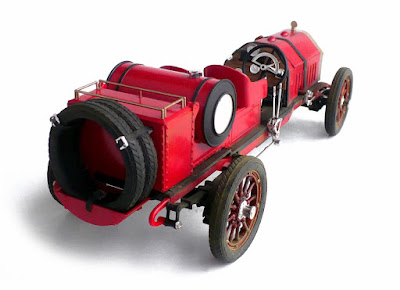 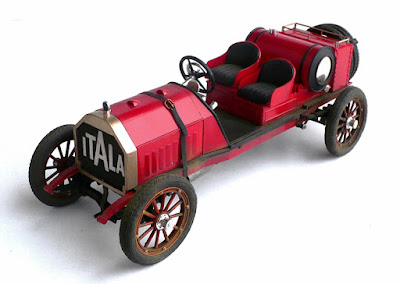 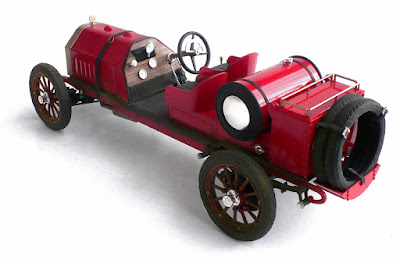 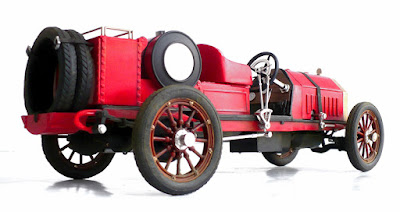 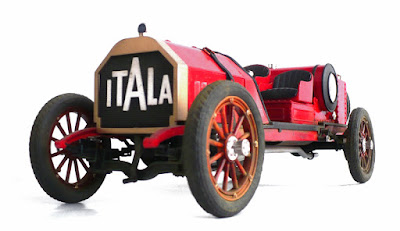 From Wikipedia"
Itala was a car manufacturer based in Turin, Italy from 1904-1934, started by Matteo Ceirano and five partners in 1903.

Three cars were offered in the first year, an 18 hp, a 24 hp and a 50 hp. In 1905 they started making very large engined racing cars with a 14.8 Litre 5 cylinder model which won the Coppa Florio and the year after that the Targa Florio. In 1907 a 7,433 cc (453.6 cu in) 35/45 hp model driven by Count Scipione Borghese won the Peking to Paris motor race by three weeks. These sporting successes helped sales dramatically, the company continued to grow. The company experimented with a range of novel engines such as variable stroke, sleeve valve, and "Avalve" rotary types and at the beginning of World War I, offered a wide range of cars. During the war Itala built aeroplane engines but made a loss producing them.
After the armistice car production resumed with models based on the pre war cars such as the Tipo 50 25/35 hp and a re-appearance of the Avalve in the 4,426 cc (270.1 cu in) Tipo 55 but financial success eluded the company
From 1924 the company was being run under receivership and they appointed Giulio Cesare Cappa from Fiat as general manager. He produced a new car, the Tipo 61 with 7 cylinder alloy engine which was well received but he then decided to return to motor sport producing the Tipo 11, a very advanced car with front wheel drive, 1050 cc supercharged V12 engine and all round independent suspension but the car never raced. Two Tipo 61s did take part in the 1928 Le Mans 24 hour race winning the 2 litre class.
The company was bought by truck maker Officine Metallurgiche di Tortona in 1929 and a few more cars were made up to 1935. The remains of the company was sold to Fiat.
A distinctive feature of the pre-World War I 50 hp & 90 hp models was their use of a rotary valve. Each valve fed a pair of cylinders and was mounted alongside, rotating parallel to them. Four ports cast into the valve alternately connected ports to the cylinders through the side of the valve to the inlet and exhaust manifolds at bottom and top of the valves. 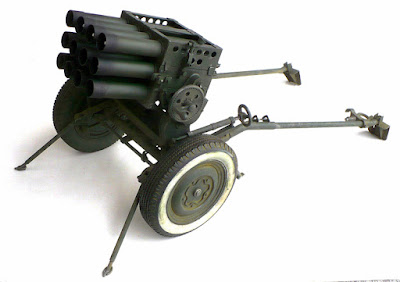 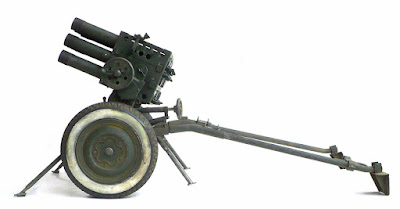 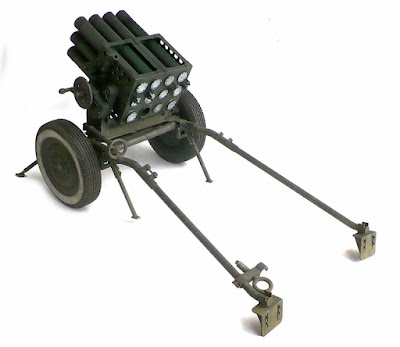 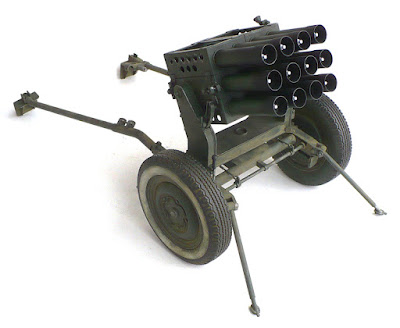 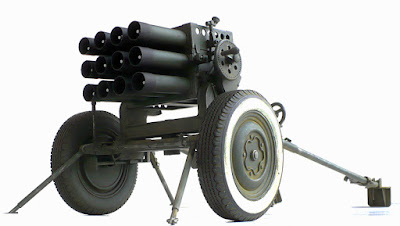 From Wikipedia"
The Type 63 multiple rocket launcher is a towed, 12-tube, 107mm rocket launcher produced by the People's Republic of China in the early 1960s and later exported and manufactured globally. Although no longer serving with active infantry units, the Type 63 is still in People's Liberation Army service with specialized formations such as mountain infantry units and special forces detachments. The Type 63 was widely used in the PLA until the late 1980s. It was adopted as the successor of the Type 50-5 of 102mm.
China has also developed a Type 63 multiple rocket launcher of 130mm. The RPU-14 is a Soviet 140mm MRL of similar design to the Type 63.

The launcher's 12 tubes are arranged in three removable rows of four each, mounted on a single-axle carriage with rubber tires. The Type 63 originally fired an 18.8 kilogram rocket (Type 63-2) with a 1.3 kilogram warhead. Ammunition for the Type 63 was later improved (Type 75 and Type 81 series), although the overall weight of the rocket remained the same. A fixed amount of propellant is contained in the rocket motor. The steel-cased rocket is stabilized with spin imparted by six angled nozzles in its base. Type 63 rockets may be launched without the launcher; improvised firing can employ tubing, rails or even dirt berms. The Type 63 was distributed on the basis of six per infantry regiment, or 18 per infantry division. For airborne and mountain units the lighter Type 63-I was developed.
Both the Type 63 and its copies can be mounted on different kinds of armoured and unarmoured vehicles, for example the MT-LB, the Safir, the Mamba, the RG-32 Scout, the GAZ-66 and the M113.

NATO and western sources have used the Soviet-style designation BM-12 to describe this weapon system, and further even ascribe Soviet origin and initial manufacture of both launcher and rockets. However, there is no evidence in non-western sources of Soviet development or production, or of the BM-12 moniker being applied. Very similar Type 50-5 or Type 488 102mm rockets were manufactured in China and used in the Korean War prior to development of the Type 63.
It appears the systems designated BM-12 (for example in Afghanistan and Libya) were or are all of Chinese origin, being merely used or cross-traded by Soviet interests. 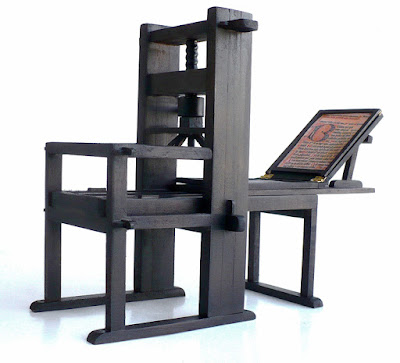 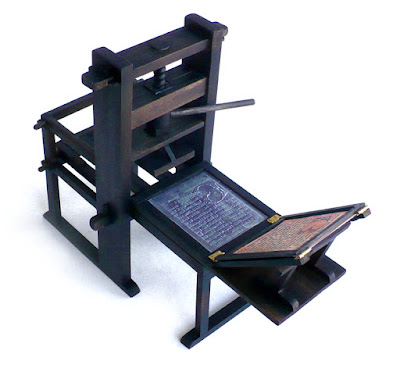 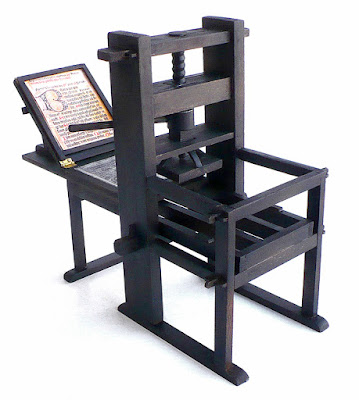 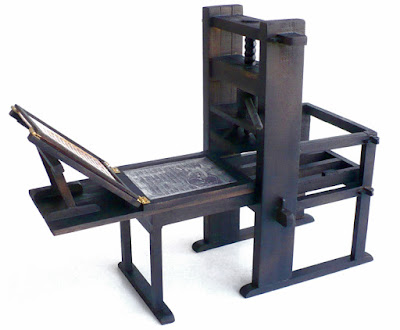 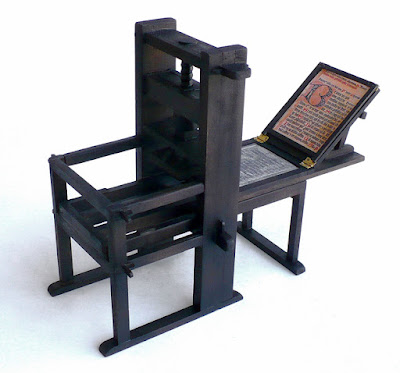 Here are some images of Artesania Latina's 1/10 scale Gutenberg Press.

From Wikipedia"
Johannes Gutenberg's work on the printing press began in approximately 1436 when he partnered with Andreas Dritzehn—a man who had previously instructed in gem-cutting—and Andreas Heilmann, owner of a paper mill. However, it was not until a 1439 lawsuit against Gutenberg that an official record existed; witnesses' testimony discussed Gutenberg's types, an inventory of metals (including lead), and his type molds.
Having previously worked as a professional goldsmith, Gutenberg made skillful use of the knowledge of metals he had learned as a craftsman. He was the first to make type from an alloy of lead, tin, and antimony, which was critical for producing durable type that produced high-quality printed books and proved to be much better suited for printing than all other known materials. To create these lead types, Gutenberg used what is considered one of his most ingenious inventions, a special matrix enabling the quick and precise molding of new type blocks from a uniform template. His type case is estimated to have contained around 290 separate letter boxes, most of which were required for special characters, ligatures, punctuation marks, and so forth.
Gutenberg is also credited with the introduction of an oil-based ink which was more durable than the previously used water-based inks. As printing material he used both paper and vellum (high-quality parchment). In the Gutenberg Bible, Gutenberg made a trial of coloured printing for a few of the page headings, present only in some copies. A later work, the Mainz Psalter of 1453, presumably designed by Gutenberg but published under the imprint of his successors Johann Fust and Peter Schöffer, had elaborate red and blue printed initials.
The new era in print ushered in by the Internet is a distant mirror to Gutenberg's work which similarly revolutionized the printing process.
Posted by -Warren Zoell at 11:43 AM 7 comments: