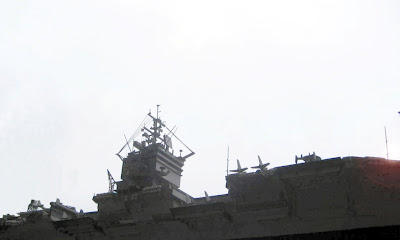 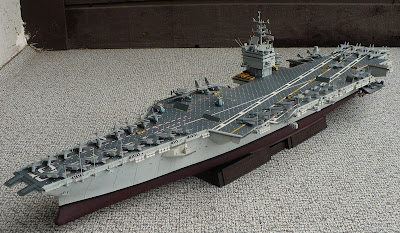 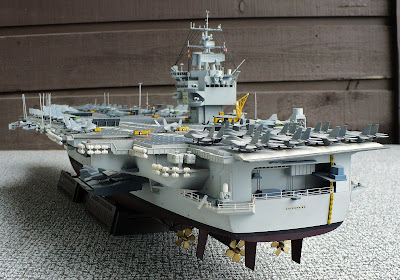 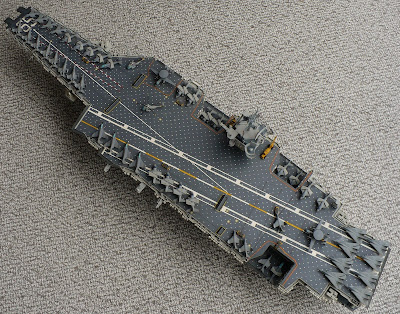 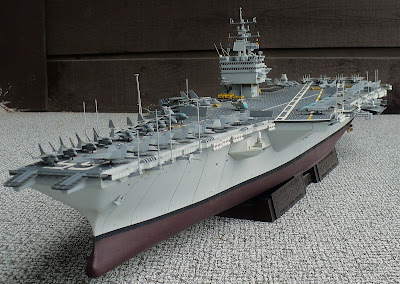 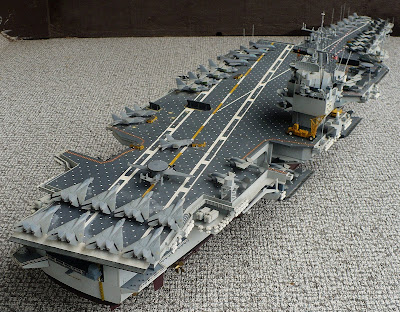 Here are some images of Tamiya's 1/350 scale Newport News Shipping USS Enterprise CVN 65 aircraft carrier. Christened in 1960 and still in service to this day The USS Enterprise was the worlds first nuclear aircraft carrier. The Enterprise is scheduled for decommissioning in 2013. That's 53 years! If you would like to read more on the Enterprise check out Wikipedia's write up on it. This large model is over a meter long and was a very satisfying build. My only complaint is that when I purchased this model about 9 years ago it cost me $200 bucks, now you can pick it up for around $140. Oh well that's the way it goes sometimes.

USS Enterprise (CVN-65), formerly CVA(N)-65, is the world's first nuclear-powered aircraft carrier and the eighth US naval vessel to bear the name. Like her predecessor of World War II fame, she is nicknamed the "Big E". At 1,123 ft (342 m), she is one of the longest naval vessels in the world. Her 93,284 long tons (94,781 t) displacement ranks her as the 11th-heaviest supercarrier, after the 10 carriers of the Nimitz class.

The only ship of her class, Enterprise is the second-oldest vessel in commission in the United States Navy, after the wooden-hulled, three-masted frigate USS Constitution. She was originally scheduled for decommissioning in 2014 or 2015, depending on the life of her reactors and completion of her replacement, USS Gerald R. Ford. But the National Defense Authorization Act for Fiscal Year 2010 slated the ship's retirement for 2013, when she will have served for 51 consecutive years, the most of any U.S. aircraft carrier.

As of September 2010, Enterprise's home port is at Naval Station Norfolk, Virginia. She has one more deployment before her decommissioning.
Posted by -Warren Zoell at 7:58 PM

VERY nice! A TON of detail also. The first pic looks like the real thing!

Thanks Pat - I put it on a balcony ledge and then shot up at it.

Extraordinary Warren, is enormous, a great job and very careful detail. I have it since 2004 and I dare not do so because they do not put it.