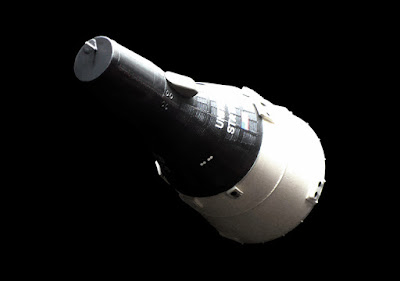 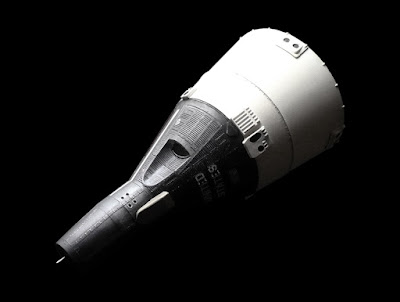 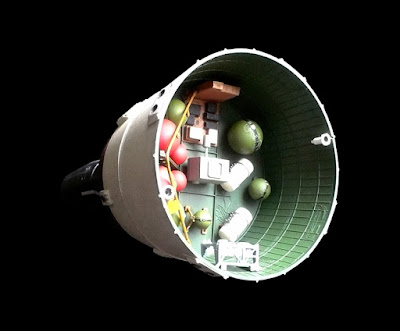 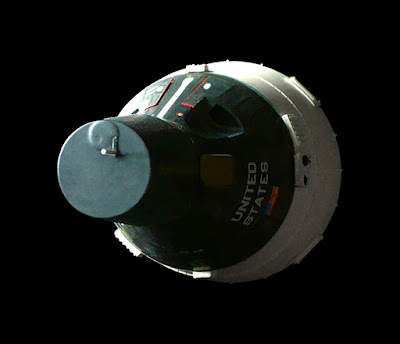 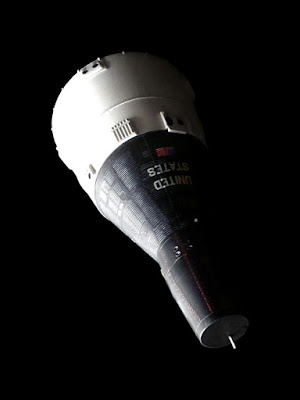 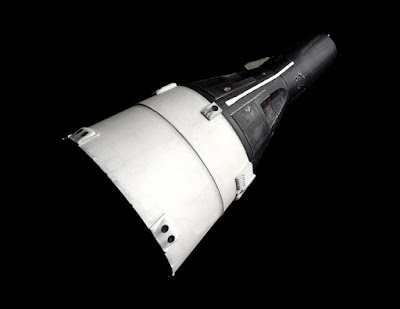 The constellation for which the project was named is commonly pronounced /ˈdʒɛmɪnaɪ/, the last syllable rhyming with eye. However, staff of the Manned Spacecraft Center, including the astronauts, tended to pronounce the name /ˈdʒɛmɪni/, rhyming with knee. NASA's public affairs office issued a statement in 1965 declaring "Jeh-mih-nee" the "official" pronunciation. Gus Grissom, acting as Houston capsule communicator when Ed White performed his spacewalk on Gemini 4, is heard on flight recordings pronouncing the spacecraft's call sign "Jeh-mih-nee 4", and the NASA pronunciation is used in the film First Man.
Posted by -Warren Zoell at 2:14 PM 2 comments: 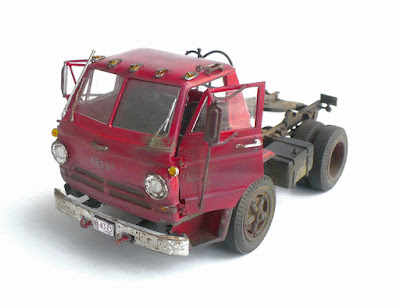 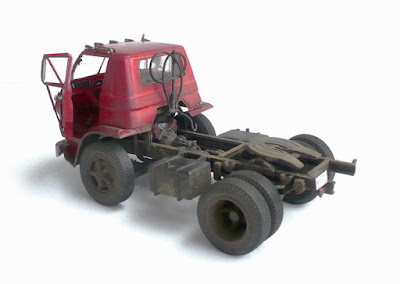 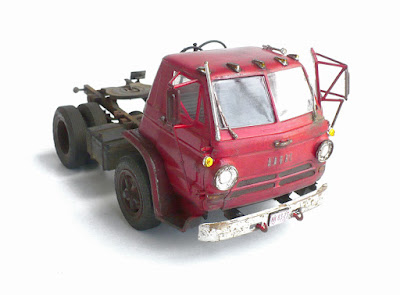 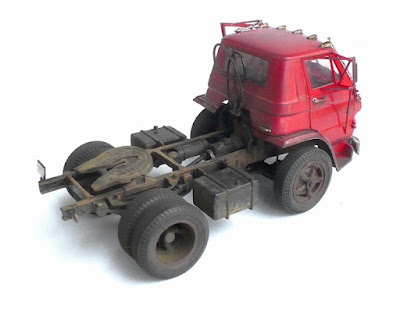 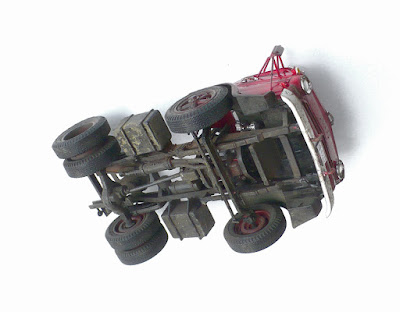 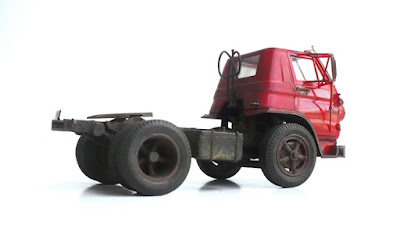 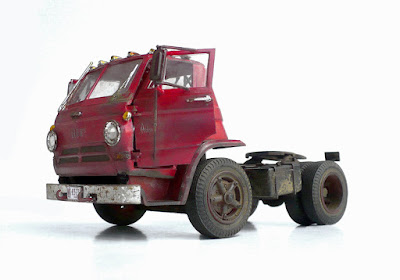 From Wikipedia"
The Dodge LCF (for "Low Cab Forward") was a series of medium- and heavy-duty trucks built by Dodge from 1960 until 1976. They replaced the Dodge Forward Look range of cabover trucks built in the fifties. The 500 through 700 series were medium duty only, while 800 through 1000 series were reserved for heavy-duty versions.
LCF range was also sold in Canada with the Fargo badge. In addition, following Chrysler Corporation policy of badge engineering to provide a greater number of sales outlets overseas, LCFs were also marketed in some countries with the De Soto badge.
LCF cabin section was taken directly from the 1956–1960 range of Dodge pickup trucks, with its panoramic windshield, but was fitted with a unique front section. One of the Dodge LCF's main selling points was accessibility; the sides of the engine compartment and fenders being arranged to swing open. A mechanic could easily stand between the engine and the front wheel while working.
A range of Dodge and International Harvester gasoline engines were available, as were diesels from Perkins (for lighter variants), Cummins, Caterpillar, and Detroit Diesel for the heaviest duty versions, both six-cylinder and V8 versions. Gasoline-powered versions were simply called the "C" series, followed by a numeral indicating weight class, and all of them were V8-powered. Perkins diesel-engined units were called "PC", while inline diesels were called "CN" and V-type diesels were "CV". A "T" following the letters indicates a tandem rear axle. On LCFs equipped with inline-six diesels the engine intruded into the cabin. This was covered with a removable panel for maintenance. A near unlimited range of engines, transmissions, and rear axles were available for what was usually a built-to-order truck. The biggest diesel available was the Cummins V-903, a giant 903 cu in (14,794 cc) unit with a modest 289 hp (216 kW) max output. The smaller 567 cu in (9,299 cc) Detroit Diesel 8V-71N was the most powerful engine, with 300 hp (224 kW) on tap.
With Dodge pulling out of the heavy truck business, the C series' last year in the US market was 1975. A few hundred more CNT800's and CNT900's were exported in 1976 as CKD kits to Latin American countries, where the last units were assembled until 1978.
Posted by -Warren Zoell at 4:10 PM 2 comments: 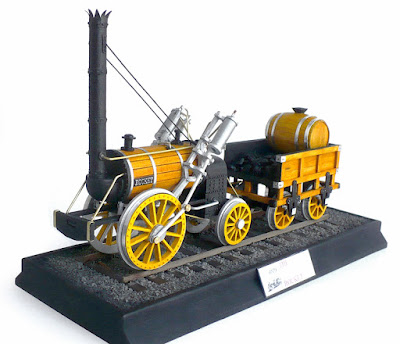 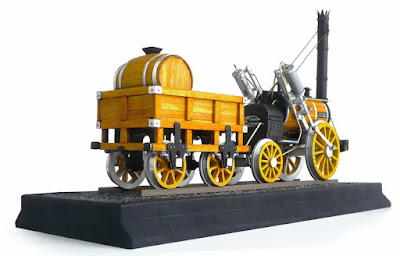 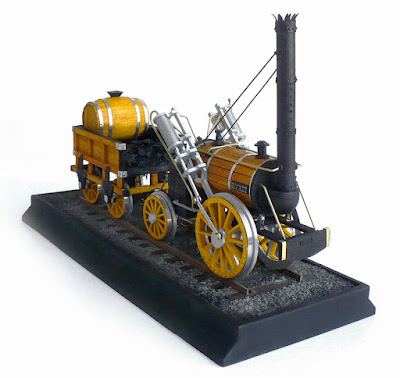 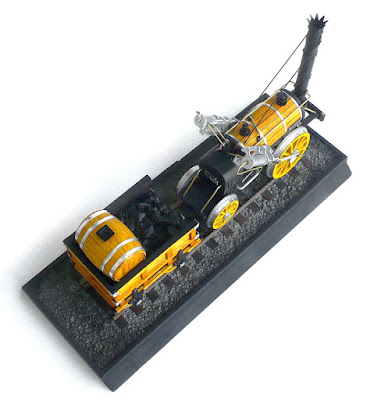 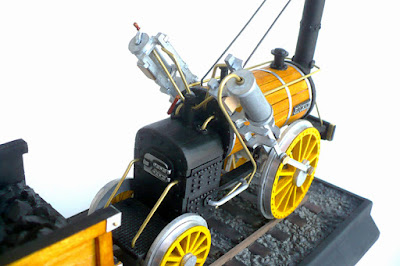 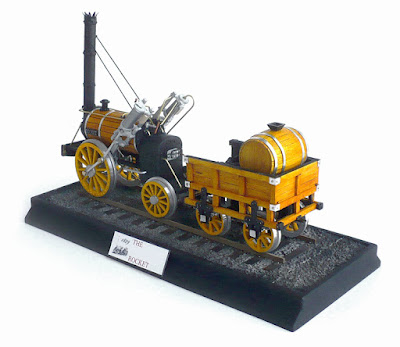 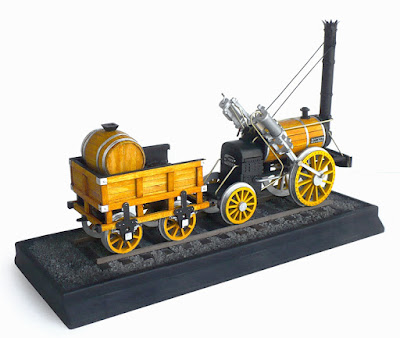 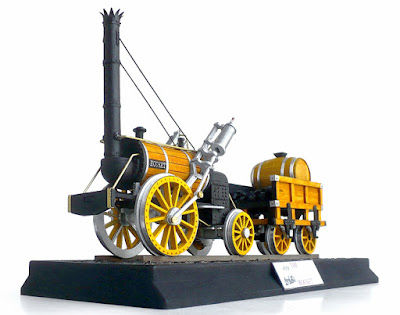 Here are some images of Ocre Models 1/24 scale Stephenson Rocket.
An all wood and metal kit this model builds up to a beautiful piece.


Stephenson's Rocket was an early steam locomotive of 0-2-2 wheel arrangement. It was built for, and won, the Rainhill Trials held by the Liverpool and Manchester Railway in 1829 to choose the best design to power the railway.
Rocket was designed by Robert Stephenson in 1829, and built at the Forth Street Works of his company in Newcastle upon Tyne.
Though Rocket was not the first steam locomotive, it was the first to bring together several innovations to produce the most advanced locomotive of its day. It is the most famous example of an evolving design of locomotives by Stephenson that became the template for most steam engines in the following 150 years.
The locomotive was preserved and displayed in the Science Museum in London until 2018. It was loaned to Newcastle Discovery Museum between 22 June and 9 September 2018, to the Science and Industry Museum in Manchester from 25 September 2018 to 8 September 2019, and will move to the National Railway Museum in York later in 2019.
Posted by -Warren Zoell at 12:00 PM 2 comments: