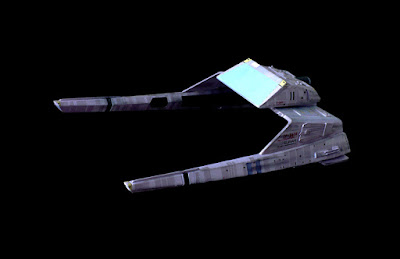 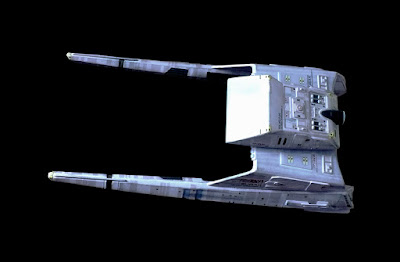 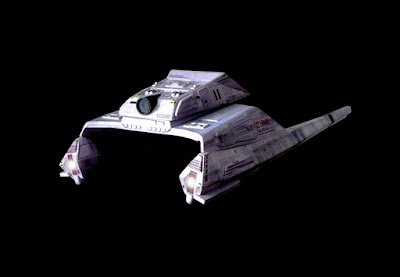 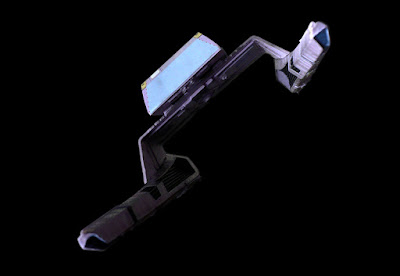 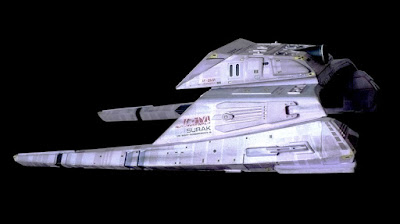 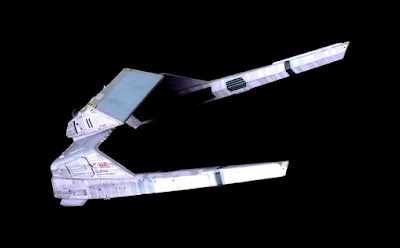 From Memory Alpha"
A long range shuttle was a type of shuttlecraft utilized as a courier during the late 23rd century. They carried a Federation registry.
These long range shuttles featured a detachable cabin, capable of acting as an independent craft from the stardrive section.


In 2273, the long-range courier Surak transported Commander Spock from planet Vulcan to rendezvous with the USS Enterprise, which was en route to intercept V'Ger. (Star Trek: The Motion Picture)
In that same year, another long range shuttle, the Laika, attempted to contact the communications array Epsilon IX. (Star Trek: The Motion Picture)
A model of a long range shuttle was on display in the guest quarters aboard the USS Enterprise-D that the Brekkians Langor and Sobi stayed in late 2364. (TNG: "Symbiosis")
Wesley Crusher kept a similar model of the shuttle in his quarters aboard the Enterprise-D in 2365. (TNG: "The Dauphin")
A graphic display of a long range shuttle appeared on the USS Voyager's library computer screen that was viewed by One after Seven of Nine had activated the drone's linguistic database, and allowed him to assimilate information. (VOY: "Drone")
Throughout the rest of 2374, as well as in the year that followed, graphics of the long range shuttle appeared on the USS Defiant's library computer display. (DS9: "Favor the Bold", "Sacrifice of Angels", "What You Leave Behind")
The graphic was also seen among the data that Seven of Nine assimilated in early 2376. (VOY: "The Voyager Conspiracy")
Posted by -Warren Zoell at 2:33 PM 2 comments: