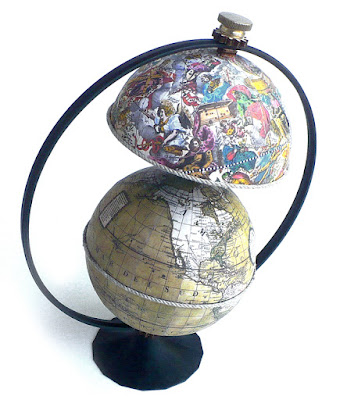 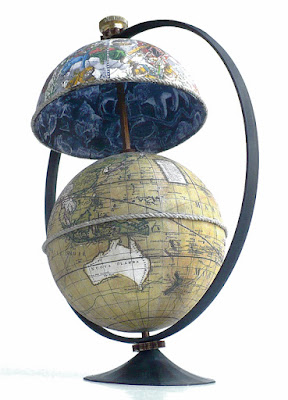 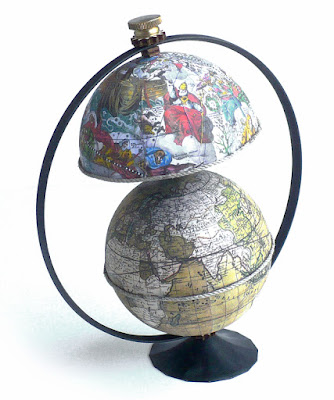 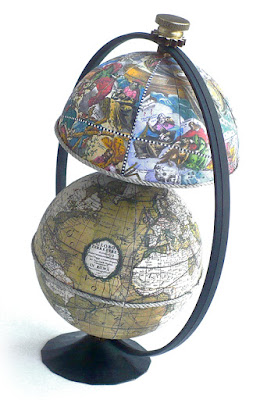 Here are some images of a globe set up of which I cobbled together using acrylic spheres which can be purchased at any decent craft store for cheap, and parts gleaned from my spares box.
The globe and sky images I downloaded and resized from a wonderful site called paperPino.
They have a good variety of globe downloads as well as other paper crafts.
A great site. I suggest you check it out.
Posted by -Warren Zoell at 3:09 PM 2 comments: 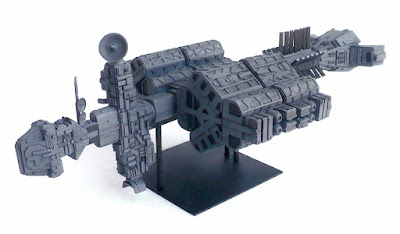 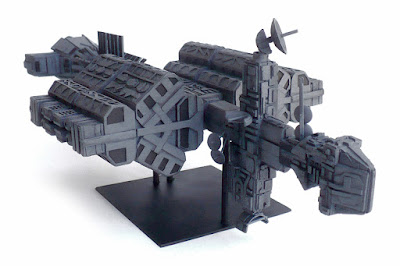 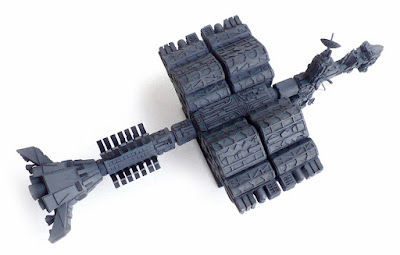 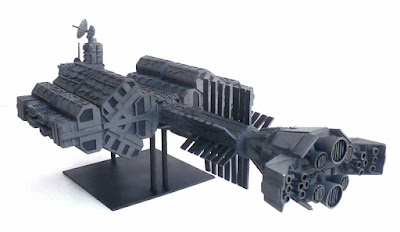 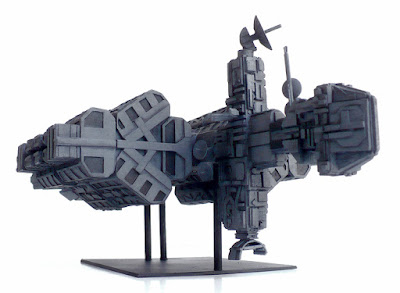 Posted by -Warren Zoell at 3:31 PM No comments: 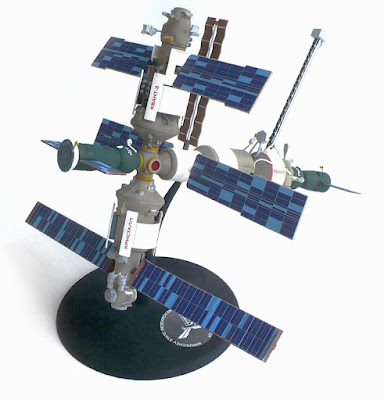 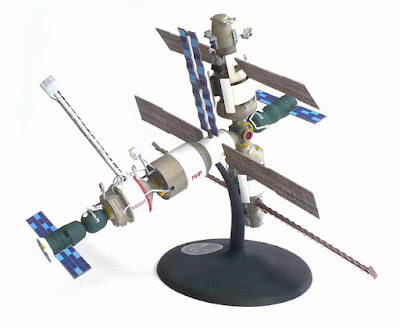 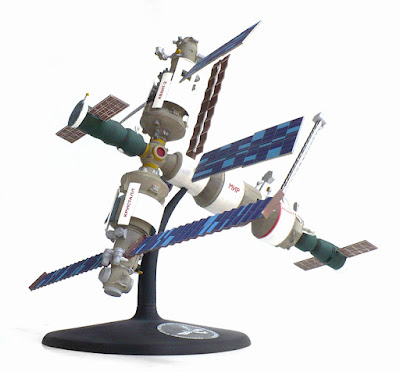 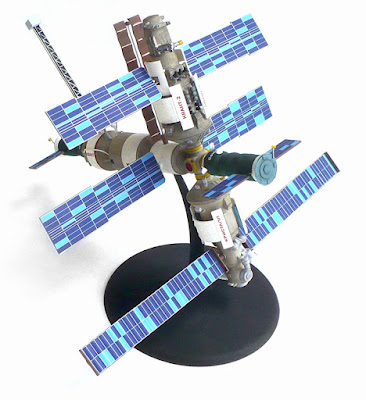 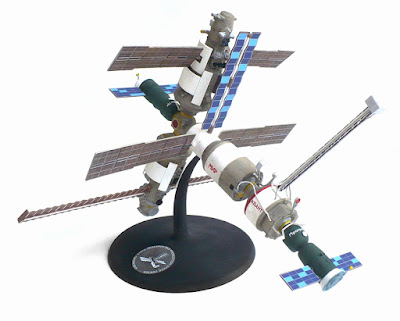 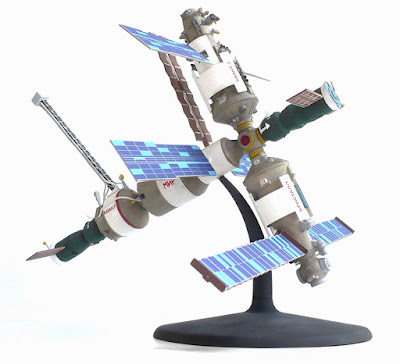 Posted by -Warren Zoell at 4:31 PM No comments: 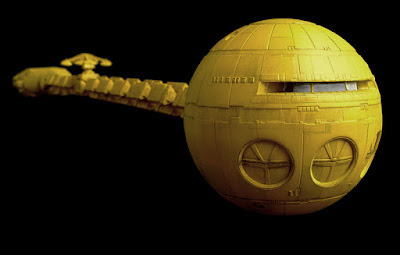 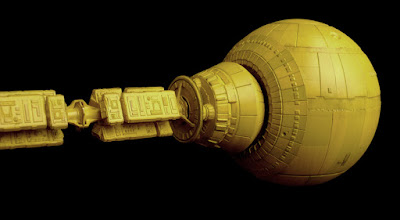 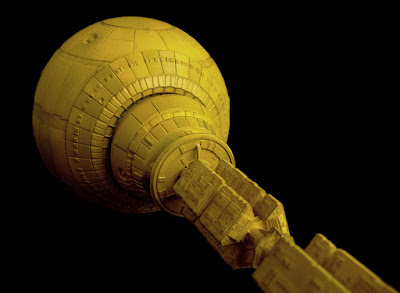 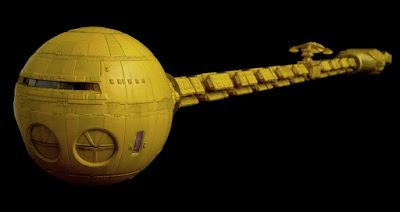 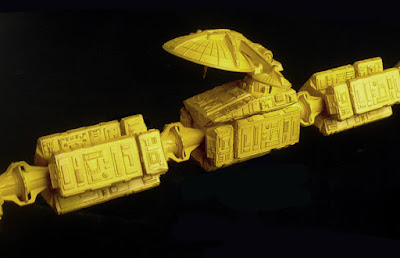 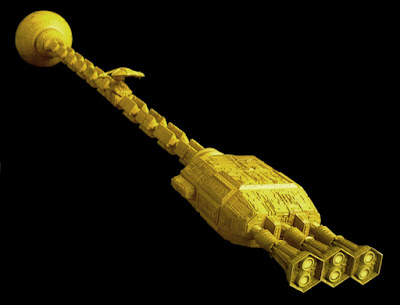 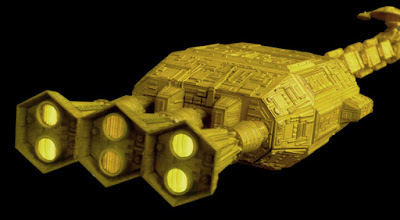 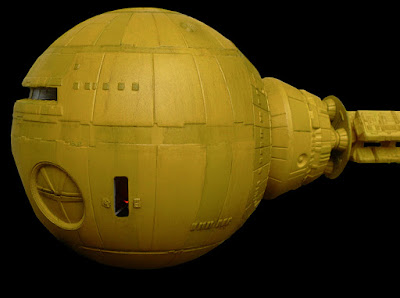 Here are some images of Moebius models 1/144 scale USSC Discovery One painted as it looked in 2010 odyssey two "TheYear We Make Contact".

The reason for the Discovery's yellow appearance is due to proximity to Io.
Io is loaded with volcanoes which constantly expel sulfur into the atmosphere. And due to the light gravity Io has sulfur makes it as as high as Discovery's orbit. Due to this sulfur accumulation is what caused Discovery's orbital decay.

From the Novel by Arthur C Clarke"
‘My fellow Americans - I sound like a politician, God help me - came out of hibernation without any problems, and are both looking forward to starting work. We’ll all have to move quickly; not only is time running out, but Discovery seems to be in very bad shape. We could hardly believe our eyes when we saw how its spotless white hull had turned a sickly yellow.
‘Io’s to blame, of course. The ship’s spiralled down to within three thousand kilometres, and every few days one of the volcanoes blasts a few megatons of sulphur up into the sky. Even though you’ve seen the movies, you can’t really imagine what it’s like to hang above that inferno; I’ll be glad when we can get away, even though we’ll be heading for something much more mysterious - and perhaps far more dangerous.
Posted by -Warren Zoell at 7:03 PM 2 comments: