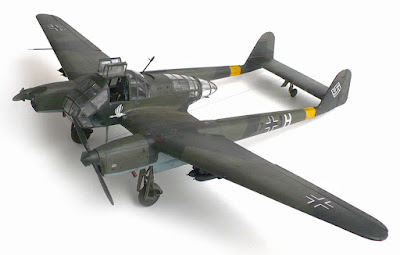 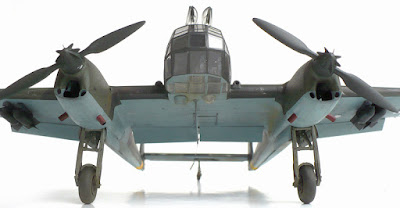 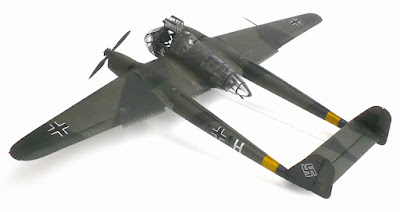 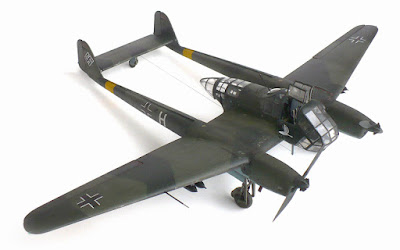 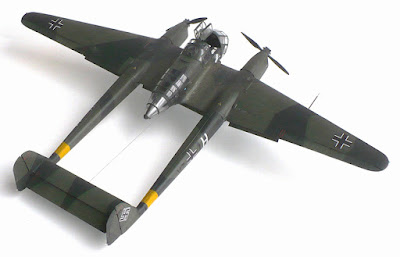 The Focke-Wulf Fw 189 Uhu ("Eagle Owl") is a German twin-engine, twin-boom, three-seat tactical reconnaissance and army cooperation aircraft. It first flew in 1938 (Fw 189 V1), entered service in 1940 and was produced until mid-1944.
In addition, Focke-Wulf used this airframe in response to a tender request by the RLM for a dedicated ground-attack airplane, and later submitted an armored version for trials. However, the Henschel Hs 129 was selected instead.

In 1937, the German Ministry of Aviation issued a specification for a short-range, three-seat reconnaissance aircraft with a good allround view to support the German army in the field, replacing the Henschel Hs 126, which had just entered service. A power of about 850–900 hp (630–670 kW) was specified. The specification was issued to Arado and Focke-Wulf.[1] Arado's design, the Ar 198, which was initially the preferred option, was a relatively conventional single-engined high-wing monoplane with a glazed gondola under the fuselage. Focke-Wulf's chief designer Kurt Tank's design, the Fw 189, was a twin-boom design, powered by two Argus As 410 engines instead of with an expected single engine. As a "twin-boom" design like the earlier Dutch Fokker G.I from 1938, the Fw 189 used a central crew gondola for its crew accommodation, which for the Fw 189 would be designed with a heavily glazed and framed "stepless" cockpit forward section, which used no separate windscreen panels for the pilot (as with many German medium bombers from 1938 onwards). Blohm & Voss, however, proposed as a private venture something even more radical: chief designer Dr. Richard Vogt's unique asymmetric BV 141. Orders were placed for three prototypes, each of the Arado and Focke-Wulf designs, in April 1937.
The Fw 189 was produced in large numbers, at the Focke-Wulf factory in Bremen, at the Bordeaux-Merignac aircraft factory (Avions Marcel Bloch's factory, which became Dassault Aviation after the war) in occupied France, then in the Aero Vodochody aircraft factory in Prague, occupied Czechoslovakia. Total production was 864 aircraft of all variants.

Called the Fliegende Auge ("Flying Eye") of the German Army, the Fw 189 was used extensively on the Eastern Front with great success. It was nicknamed "Rama" ("frame" in the Russian, Ukrainian and Polish languages) by Soviet forces, referring to its distinctive tailboom and stabilizer shapes, giving it the characteristic quadrangular appearance. Despite its low speed and fragile looks, the Fw 189's manoeuvrability made it a difficult target for attacking Soviet fighters. When attacked, the Fw 189 was often able to out-turn attacking fighters by simply flying in a tight circle into which enemy fighters could not follow.


One Fw 189 survives today. Its story starts on May 4, 1943 when Fw 189 V7+1H (Werk Nr. 2100), of 1./Nahaufklärungsgruppe 10, with V7 originally the Geschwaderkennung code for Heeres-Aufklärungsgruppe 32 based at Pontsalenjoki (due east of Kuusamo, and within the south-central area of modern Russia's Republic of Karelia) took off on a mission to photograph the Loukhi-3 airbase from an altitude of 6,000 m (20,000 ft), then to continue north along the Murmansk-Leningrad railway. Approximately 31 minutes after taking off, V7+1H was attacked by Lend-Lease-acquired Soviet Hawker Hurricane fighters. The aircraft dived to escape the fighters, but owing to damage already suffered, could not pull out in time, and it struck the treetops. The tail was torn off, and the crew nacelle left hanging upside down within the trees. The pilot, Lothar Mothes, survived but one crewman was killed in the crash and the third died from blood loss as a result of a severed leg. Incredibly, Mothes was able to survive two weeks in sub-zero temperatures, evading Soviet patrols while eating bark and grubs as he walked back to his base. Mothes spent the next nine months in a hospital recovering from severe frostbite before returning to the front line, eventually to fly another 100 missions.
In 1991, the wreckage of V7+1H was found in the Russian forest where it had remained for 48 years. The aircraft was purchased by a group of British aircraft enthusiasts and was shipped to the UK, arriving in the town of Worthing, West Sussex in March 1992. The Focke Wulf 189 Restoration Society was formed to restore the aircraft to flying condition. Her former pilot, Lothar Mothes, met up again with his aircraft at the 1996 Biggin Hill Airshow.
It was reported that this aircraft was acquired by Paul Allen’s Flying Heritage Collection. However, its current state is not publicly known.
Posted by -Warren Zoell at 2:48 PM No comments: 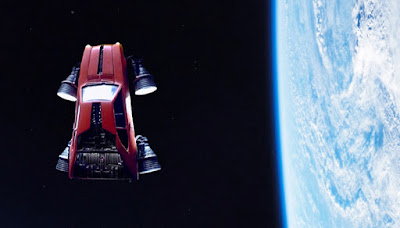 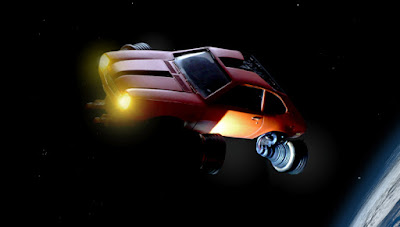 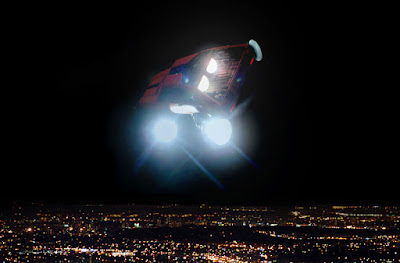 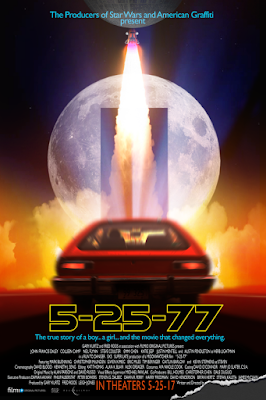 Plus here is an Alan Parsons song/video entitled "I Can't Get There From Here" featuring scenes from the movie including the Pinto Spaceship.

From Wikipedia"
5-25-77 is a coming of age film written and directed by Patrick Read Johnson and produced by Fred Roos and Gary Kurtz. It stars John Francis Daley as a teenage filmmaker living in Wadsworth, Illinois, and his excitement for the premiere of Star Wars on May 25, 1977. Johnson began funding the project in 2001 and filming took place from 2004-2006. Additional shots were filmed in 2015 and 2016, making the filming course span a total of thirteen years.
The film was first known as 5-25-77; the title was then changed to '77. In 2012, the title was reverted to 5-25-77.
The film was finally released in May 2017.
Posted by -Warren Zoell at 2:32 PM No comments: