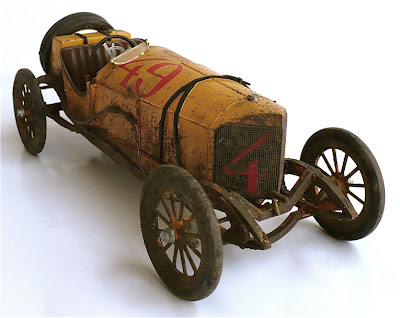 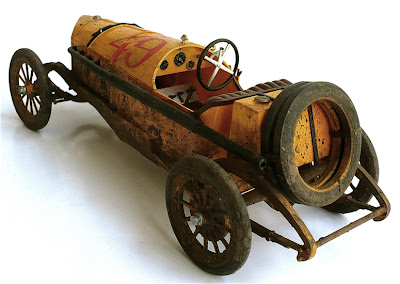 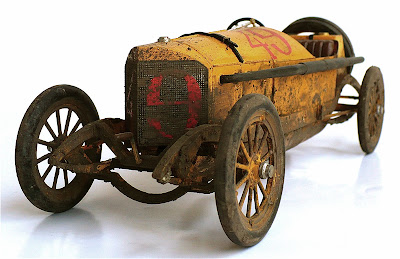 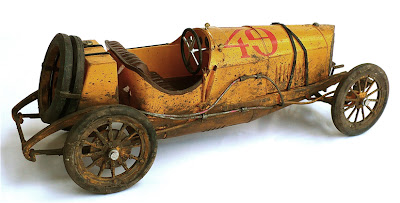 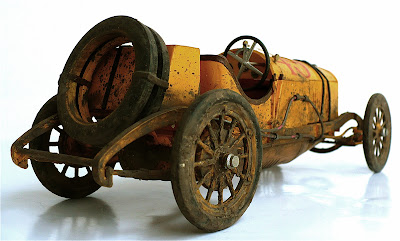 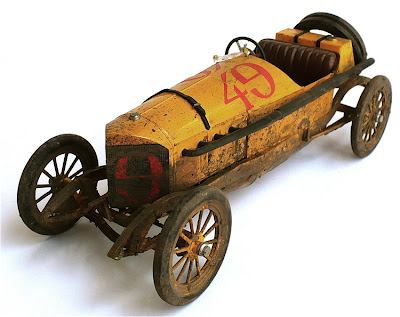 Here are some more images of Lindberg's 1/16 scale 1914 Mercedes Benz Grand Prix Racer.
At such a cheap price this was a fun model to build however my one major complaint is that the actual 1914 racer had wire spoked wheels not the wooden spoked wheels we see here. It is obvious that these wheels are from the 1914 Stutz racer kit.

Extra things I added to this kit were leather belts, wooden floor panellings, fuel lines and of coarse plenty of mud.

Fitted with a Daimler aero-engine, these cars were notorious for producing unusually high RPM's and therefore placing strenuous demands on both car and driver. Typical of MB even to this day, the 1914 era cars dominated the venues in which they competed. The Daimler team won first, second and third place in the French Grand Prix of 1914 in Lyon. Christian Launtenschlager, Louis Wagner and Otto Salzer swept the field with an average speed of 105.15 km/h (65.34 mph).
Ralph DePalma piloted a similar car to win the fifth Indianapolis 500 in 1915. He qualified 2nd on the grid with a speed of 158.65 km/h (98.580 mph) and held off Dario Resta in a Peugeot and Gil Anderson in a Stutz to lead 132 of the 200 laps.
Posted by -Warren Zoell at 2:47 PM

I think I'll copy the way you realized the traces of mud, on my steamcar :)

I can't wait to see that!