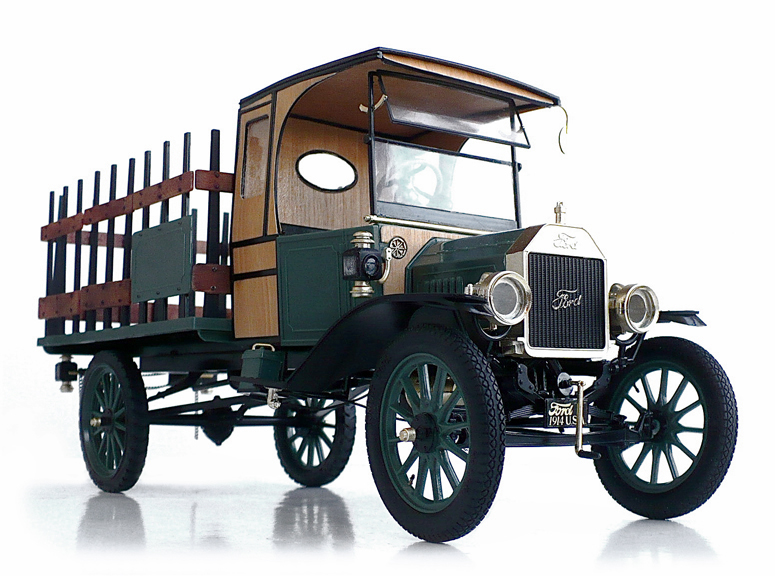 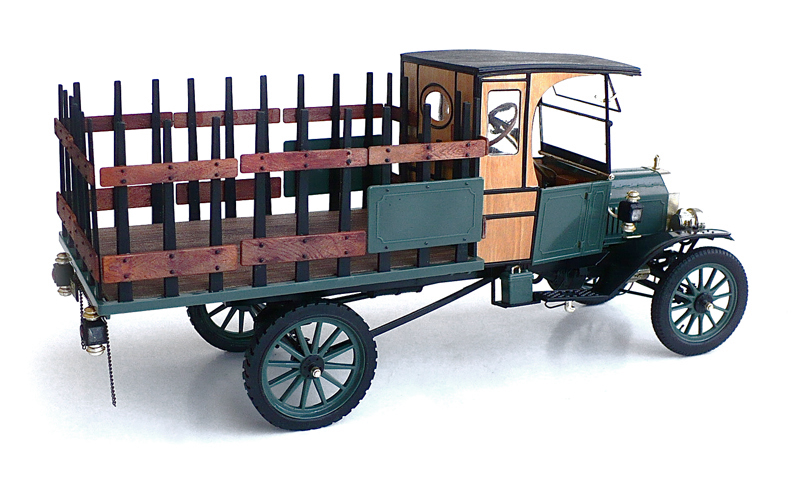 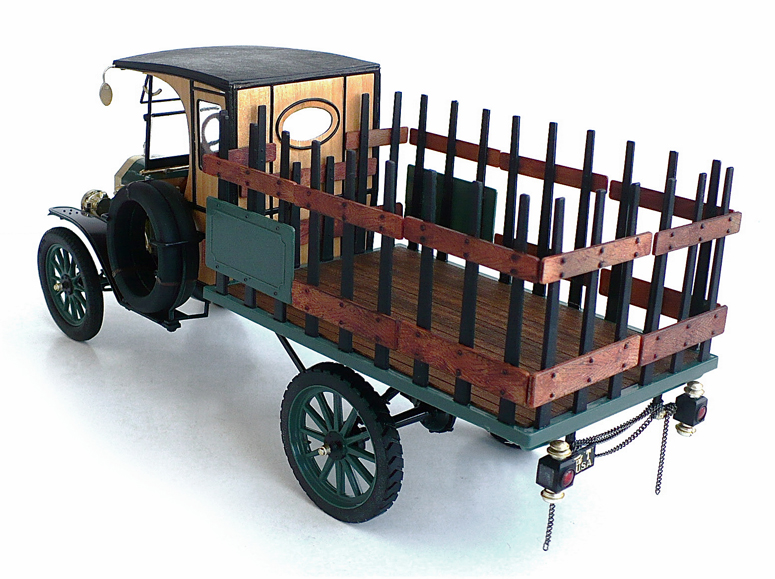 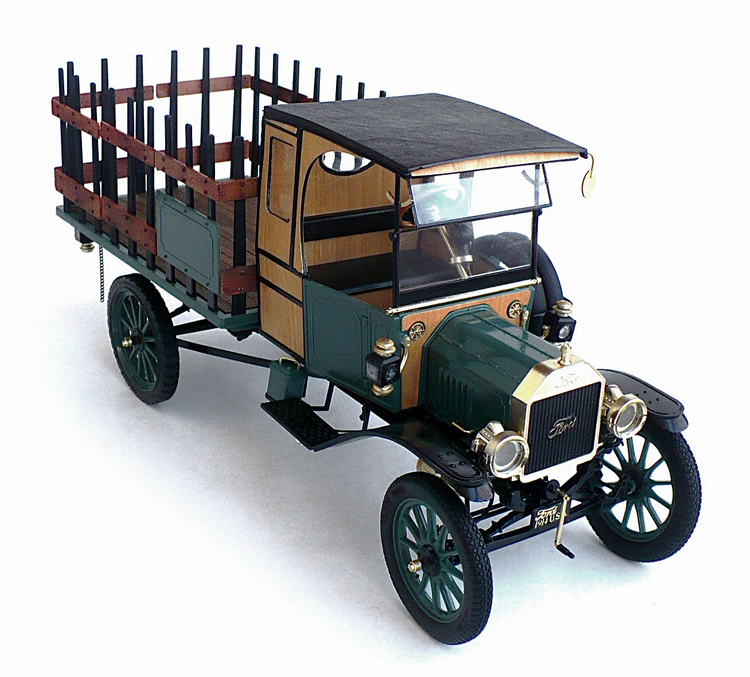 From Wikipedia"
The Ford Model T (colloquially known as the Tin Lizzie, Tin Lizzy, T‑Model Ford, Model T, or T) is an automobile that was produced by Henry Ford's Ford Motor Company from October 1, 1908, to May 27, 1927. It is generally regarded as the first affordable automobile, the car that opened travel to the common middle-class American; some of this was because of Ford's efficient fabrication, including assembly line production instead of individual hand crafting. The Ford Model T was named the world's most influential car of the 20th century in an international poll.

Although automobiles had already existed for decades, their adoption had been limited, and they were still mostly scarce and expensive. Automobiles were considered extreme luxury for the common man until the Model T. The Model T set 1908 as the historic year that the automobile became popular for the mass market. The first production Model T was produced on August 12, 1908 and left the factory on September 27, 1908, at the Piquette Plant in Detroit, Michigan. On May 26, 1927, Henry Ford watched the 15 millionth Model T Ford roll off the assembly line at his factory in Highland Park, Michigan.

There were several cars produced or prototyped by Henry Ford from the founding of the company in 1903 until the Model T was introduced. Although he started with the Model A, there were not 19 production models (A through T); some were only prototypes. The production model immediately before the Model T was the Model S, an upgraded version of the company's largest success to that point, the Model N. The follow-up was the Ford Model A (rather than any Model U). The company publicity said this was because the new car was such a departure from the old that Henry wanted to start all over again with the letter A.

I will build a car for the great multitude. It will be large enough for the family, but small enough for the individual to run and care for. It will be constructed of the best materials, by the best men to be hired, after the simplest designs that modern engineering can devise. But it will be so low in price that no man making a good salary will be unable to own one – and enjoy with his family the blessing of hours of pleasure in God's great open spaces.

Although credit for the development of the assembly line belongs to Ransom E. Olds with the first mass-produced automobile, the Oldsmobile Curved Dash, beginning in 1901, the tremendous advancements in the efficiency of the system over the life of the Model T can be credited almost entirely to the vision of Ford and his engineers.

Hi Billy - Sorry for the late response. Google is having trouble emailing me people's comments.
I do have the instructions but I need your email address to send them to you. You can contact me at wz2001@shaw.ca

It is built lovely. Can you give full Templete ie the drawings that how to and what size miniature car can be made?

Old models of cars, engines etc are wonderful. This T model built by you is amazing. Can you send a drawing to build a miniature car like you made it? email girish_varsha@yahoo.com